Categories Menu
Home » Blog » Touched by an Angel: How I Borrowed $120,000 in Cash on a Freezing December Night

Touched by an Angel: How I Borrowed $120,000 in Cash on a Freezing December Night 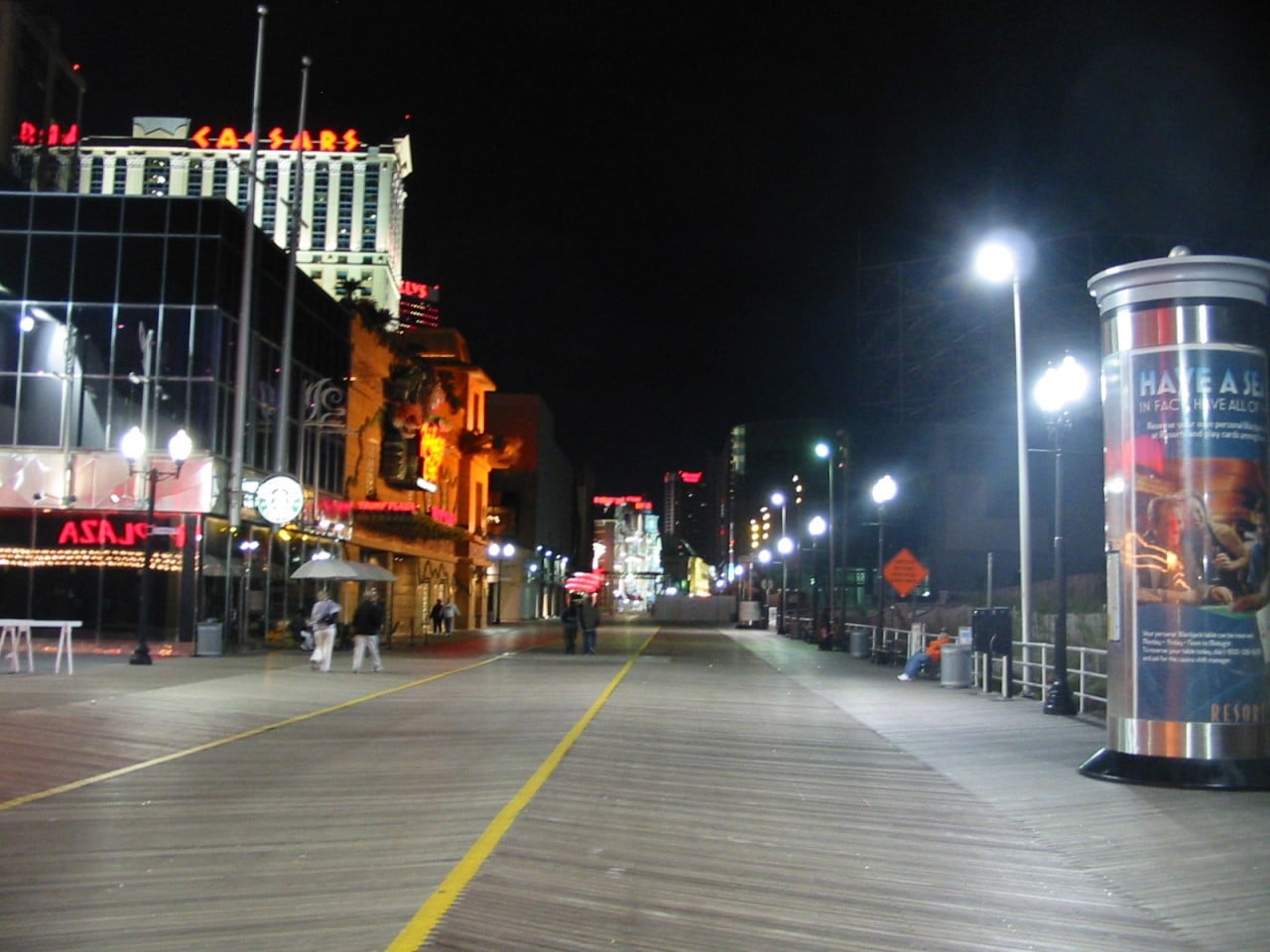 If you want to discover who your friends really are — try to borrow money.  This is especially true in the poker world.

A bad situation was made much worse by several problems.  First, this was a Monday night — the slowest time of the week in Atlantic City.  Second, it was 20 degrees and snowing outside.  Third, the Philadelphia Eagles were playing on Monday Night Football, which meant anyone I could conceivably shakedown for money was busy watching the ball game.  Finally — this was the deadest time of year, early December on the New Jersey shore.  The place was a ghost town.

So, what does one do?  Where does one go to raise $120,000 in cash when you’re desperate and failure is not an option?

How I came to this dilemma is a story in and of itself.  At the time, I worked as a consultant for PokerStars.com.  The popular poker website ran online satellites for an upcoming nationally-televised championship event being held at the Showboat in Atlantic City.

For this particular event, I was essentially the bag man for the site, which meant I’d be responsible for taking $120,000 in cash and handing it out — $10,000 at a time — to 12 different players who had won their seats by playing online.

Everything seemed fine until I received a frantic phone call that Monday night around 7.

“The money’s not coming.  It was rejected by the casino cage,” said the frantic voice on the other end.

“What do you mean the money’s NOT coming?  I’ve got a dozen players who are meeting me tomorrow morning and I’ve got to hand them ten grand each!”

“Somewhere else?  From where?  It’s Monday night!”

“Friends?  You mean — the kind of friends walking around with $120,000 in cash in their pockets?  Gee, I’m coming up short here.  There are six inches of snow outside.  The wind is blowing 4o mph.  It’s 20 degrees outside.  Who in the hell is going to be hanging out at a casino with 120 grand in their pocket?

Suffice it to say, that conversation did not end on a high note.

With that still ringing in my ears, I started making phone calls.  I dialed every number I knew who might conceivably be within driving distance of Atlantic City.  Since I lived in the Northeast for ten years and was intimately familiar with the Atlantic City poker scene, fortunately, I had a long list of numbers to dial.

One by one, their answers were all the same.  “Gee, I’d love to help you, Nolan — but there’s no way I can get that kind of money so quickly.”

The Eagles lost 42-0.  That meant just about everybody in South Jersey was pissed off.

It was getting late and by this time, people weren’t answering their cell phones.  Getting beyond desperate, I decided to walk through the poker room of every casino in town.  There were ten in all at the time.  I bee-lined row by row through the tables, looking for any familiar face.  Anyone that could help.  Some of the conversations of people I saw were surreal.

“Hey, man (because I’d forgotten the person’s name).  It’s been a while.  So nice to see you again.  Say, you wouldn’t have ten or twenty grand on you I could borrow, would you.”

Five long years had passed from the time when I was a regular player inside Atlantic City’s cardrooms.  Since then, the poker boom happened and everybody in the games seemed to be 22-years-old.  The last time I was a recognizable figure in Atlantic City, these kids were still dating cheerleaders (thanks for the line, Moe Green).

The following morning, a dozen poker players would be lining up in front of me — all with their hands sticking out.  All had either flown in or had driven great distances.  Two traveled from Europe.  I began thinking in terms of who gets in versus who doesn’t.

Like the classic bar scene from It’s a Wonderful Life of a sweaty, half-shaven Jimmy Stewart sitting on a stool with his chin quivering about ready to jump off a bridge, I reached into the deepest reservoirs of my imagination trying to come up with a solution.  Anything.  The banks wouldn’t be open until 9 am.  But even with the banking option, there was no way to get that kind of money wired to me by noon — the starting time of the tournament.

I needed to find my Clarence.

Sleep wasn’t even imaginable under these circumstances.  And so in the middle of that panic-stricken night, I came to a possible solution.

Some of the Full Tilt pros would be arriving in the morning.  Surely, these rich and famous online pros — all of which I’d known more than a decade and who I’d written glowing things about for every conceivable poker media outlet — would help me out since I was stuck in an utterly desperate situation.

Around 10 am players started arriving at the poker room.  I saw a few Full Tilt pros.  I approached and candidly told them the story of what had happened to my funding.

I was absolutely dumbfounded by what happened next.

Not one of them offered to help me.  Not with a single dollar.

I have no idea whether or not they had any extra money on them at the time — and it really wasn’t any of my business.  Maybe they weren’t carrying any extra cash, as they explained.  Moreover, these pros owned and represented a rival poker site.  So, perhaps they relished the prospect of humiliating a competitor in what would surely leak out as an embarrassment.  Frankly, I have no idea why they refused my desperate plea and I’ll make it perfectly clear that they had no obligation to help me.

But to this day, it’s something I’ve never forgotten.

Fortunately, other poker players were more helpful.  I ran into three more poker players that morning who got me all the way to the $110,000 mark.

What I’m about to write many of you will have a difficult time believing.  But I swear — it’s true.

I’m not what one would call a religious person.  I’m not even a believer.  But if any incident in my life leads me to possibly consider the possibility of a deity, it’s the extraordinary course of events I’m about to reveal.

By this time of day, word had circulated around the poker room that Nolan Dalla was in a state of panic.  A few others tried to help by asking for loans from their own friends.  About five minutes before I was to go downstairs and meet the dozen poker players with cash, I felt a tap on my shoulder.

It was Surinder Sunar, a longtime professional poker player from the U.K.  He had crossed the Atlantic to come and play in the nationally-televised event at the Showboat.

Now you have to know that I’m not particularly close to Surinder.  I’ve always liked him and assume he knew me from my association with the World Series of Poker.  But we weren’t what you would call — friends.  So, what he said next literally brought tears to my eyes.

With that, Surinder pushed two bundles of $10,000 packets into my chest.

In the entire history of borrowing money, I’m not sure I’ve ever come across anyone who wanted to loan MORE money than I asked for.  I needed $10,000 and here was Surinder standing in front of me, insisting that I take $20,000 — which amounted to an extra ten-thousand dollars.”

Flushed with cash and exhaling a huge sigh of relief, I darted downstairs.  There, I met an impatient gathering of poker players eager to collect their money, buy in, and take seats.  One by one, $10,000 at a time, they registered.

Remarkably, at the end of the line, there was one extra player.

The player introduced himself and stated in broken English that he was from Argentina.  He has won a seat at PokerStars.com and had flown all the way from Buenos Aires to New York, and then had taken a series of trains which took another three hours to reach Atlantic City.

Trouble was, I had no record of this player.

During the state of confusion that had been the previous 12 hours, I’d neglected to check e-mails.  I came to discover there was an extra player that had qualified.  There had been a mix-up.  So, I didn’t just need $120,000 in cash.  I needed $130,000.  And a guardian angel named Surinder Sunar had somehow made an extraordinary calculation that something odd might happen and therefore forked over an extra $10,000 with no possible incentive or motivation to do so.

The Argentine was indeed registered, and my problem was finally solved.  In yet another miraculous break, the tournament began a few minutes late that day, and the final player to register got to his seat on time.

A week later, $130,000 in cash was wired into my bank account.  I filled a backpack with cash, jumped on a plane, flew to Philadelphia, drove to Atlantic City, and then played Santa Claus until every last poker player was re-paid with cash in full.  I even got lucky and managed to track down Surinder, who was visiting Las Vegas.

This amazing tale began with the notion of finding out who your friends really are when in a time of crisis.  I came to discover I had fewer friends than I expected in people that I thought I could count on.  I also came to realize I had friends in places that I didn’t realize.

For one fleeting instant, I even came to believe in angels.

Writer’s Note:  It’s tempting to list the names of those that helped as a special way of saying thanks.  But I passed on this out of respect for their privacy.  In Surinder’s case, however, I’m giving him a shout-out as someone that stood up when I needed it the most.  Surinder Sunar is pictured below. 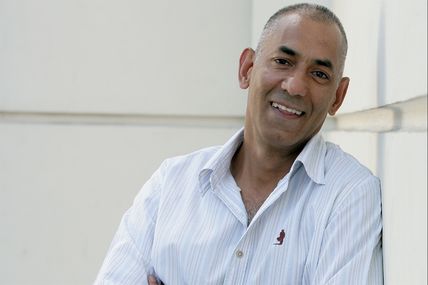