The Mystery of Anthony Bourdain

Four years after Anthony Bourdain’s suicide, we still ask ourselves a one-word question — why?

I finished watching Roadrunner: A Film About Anthony Bourdain.

The bio-documentary delves into the esoteric life and bountiful career of world-famous chef, author, and travel documentarian Anthony Bourdain.  He died by suicide on June 8, 2018, at age 61, while filming on location in France’s Alsace region for his popular CNN show Parts Unknown.

Four years after his death, more questions remain than have been answered.  Instead — friends, family, and a loyal legion of fans who have been seeking some elusive destination of closure remain beleaguered by confusion and contradiction.

Why would someone who seemingly had it all — wealth, fame, family, friends, respect, and creative freedom, a genuine artisan and self-professed “seeker” — take his own life?  Why would someone with as much innate curiosity and uncommon insight commit such a terribly senseless act at the very zenith of a deeply intertwined personal and professional adventure lived very much in the public eye?  If life is an ongoing stage play, this final act made no sense whatsoever.

Bourdain’s suicide wasn’t just a jolt to the collective consciousness of his family, friends, and millions of fans.  It was the demolition of a dream.  It was in a sense the cruel unmasking of a grand illusion.  Most of us dearly wanted to be Bourdain, or at least be more like Bourdain, that swashbuckling world-traveler who jet-setted through his life always with his feet propped up in first-class, perpetually devouring the best booze, feasting on Chateaubriand basted in truffle butter, always the life of any party, free to spew whatever crazy thoughts came to his mind, blessed with a voice we listened to, and gifted with a personality that everyone–from cooks to writers to former presidents–wanted to be around.  Bourdain wasn’t just a celebrity.  Bourdain wasn’t merely an inspiration.  Rather, he was an aspiration.

We may reach some capacity to empathize with those who succumb to the ultimate surrender.  For some sufferers, suicide makes sense.  Suicide might even be justifiable in extreme circumstances of illness or intolerable pain.  Anyone who has dealt with devastating loss, or known someone who endured a personal tragedy, likely understands why victims carrying these unbearable burdens might lose the most basic human desire — which is the will to live.

Other famous people who shared some of Bourdain’s same gifts have taken their own lives.  From Ernest Hemingway to Robin Williams, some of the most beloved icons in our recent history have succumbed to a final temptation.  However, Hemingway and Williams were also burdened with chronic health problems and suffered bouts of severe depression.  Bourdain, a devoted practitioner of ju-jitsu in his final years (he reportedly exercised 3 to 4 hours daily), and with his well-documented drug addiction long behind him, appeared finally to have his life together.  For a 61-year-old man and public figure with rigid demands on his time, he looked to be in tip-top shape.

Yet, things are rarely as clear or as simple as they seem.

Bourdain may have agreed strongly with the axiom from The Zen Teaching of Bodhidharma that, to wit, “To seek is to suffer.”

Those who check out of life’s luxury hotel tend to be seekers and seers.  Disproportionately, so.  They’re often popular well-known public figures, such as artists and creative people.  They’re smart.  If some people go through life dumb and happy, and many do, the paradox is that knowledge can be a curse.

Perhaps it’s just that pondering life’s incessant bombardment of challenges does take a toll. Spending much of our time and energy as observers and puzzle-solvers comes at a cost.  Like the withering rock that wears down over the crest of a waterfall, social burdens are the constant force of nature overwhelming the ballast.  Sometimes, the rock can’t take it anymore and breaks off and falls into the abyss.

One night in an Alsatian hotel four years ago probably seemed like any other, except for one thing — Bourdain broke off.

The final two decades of Bourdain’s life had been entirely rooted in discovery and shaped by adventure.  Those discoveries and adventures weren’t always external.  Sometimes the most satisfying journies are internal.  Self-discovery can be the most satisfying adventure of all, that is, when the trip goes right.  But not every trip goes well, and we end up in places we didn’t plan.

Aptly, his show on CNN was called Parts Unknown.  How ironic that the lingering unknown part of the journey that ends up being the most mystifying is Bourdain himself, and the unsolved conundrum of trying to understand why he did what he did.

The final lesson of Bourdain’s life and death is that every one of us has parts unknown.

Here’s the next segment of my new series of concert reviews and details of what I remember about various shows, performances, and events over the years that I’ve attended.  Some of these reviews will be short, while others will be much longer and more detailed.  It all depends on what I remember and what research is available on those old concert dates.  I hope you enjoy reliving these musical experiences with me.

Posted by Nolan Dalla on May 31, 2022 in Movie Reviews, Restaurant Reviews | 0 comments

So, news flash today — Dolly Parton declined the nomination to be inducted into this year’s Rock n’ Roll Hall of Fame.

Predictably, I have a few thoughts: 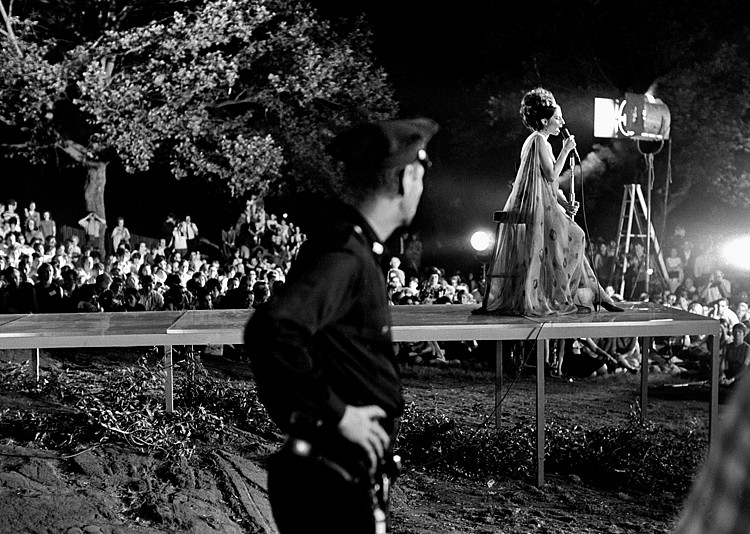 “I forgot the words in front of 125,000 people — and I wasn’t cute about it or anything — I was shocked; I was terrified; That prevented me from performing for all these years. I didn’t sing and charge people for 27 years because of that night….I was like, ‘God, I don’t know. What if I forget the words again?'”