Poker players woke up to more good news this morning with the announcement the nation’s first interstate poker pact is currently in the works.

Nevada and Delaware, the first two U.S. states to legalize online poker, agreed to form a partnership which is expected to allow poker players in those two respective states to play and compete together in online games.  This pact applies only to poker.

Most industry experts agree that pacts of this kind are absolutely essential for online poker to succeed in the United States since many states lack enough of a population base to support stand-alone intrastate poker games.  Unless federal legislation is signed into law which legalizes and regulates online poker nationally, most states will be required to work together in order to create what’s called “liquidity.”

Liquidity means having enough players and games going at one time for a site to be operational on a continuous basis.  It should be noted that small states such as Delaware don’t have enough online poker players for gaming websites to succeed, let alone be profitable.  Even in Nevada, America’s biggest gaming market, online poker has experienced considerable challenges to growth.  The potential for success remains severely limited without more players, which means interstate pacts like the one just signed by Nevada and Delaware are essential.

The Waiting Game is Over: Full Tilt Poker Accounts to be Refunded 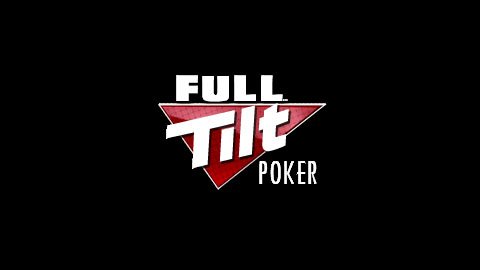 I wondered if and when this day would finally come.

Like thousands of former and current online poker players, I had money tied up at the old Full Tilt Poker website.  That money I deposited in good faith was mismanaged, lost, and ultimately recompensated.

Today, I received the following e-mail regarding the balance of that account which was stuck on Full Tilt Poker on so-called “Black Friday,” nearly three years ago.  Come to find out, just about everyone who is owed money is receiving the same e-mail, which reads as follows:

Last night, a group of us went to The Golden Steer.

Located west of The Strip on Sahara Blvd., The Golden Steer is Las Vegas’ quintessential old-world steakhouse.  First opened in 1958, it was the regular hangout for members of the famed Rat Pack.  Frank, Sammy, Dean, and their pals even had their own plush red-leather booth near the front entrance (which still remains the most requested table in the house).

As expected, the background music inside the dining room was exclusively from the mid-1950’s.  The set list included popular tunes we’ve all heard countless times before on hundreds of occasions.  Old-fashioned steakhouses, traditional Italian restaurants, and other upscale venues catering to older clientele (with money) usually pipe in a steady stream of these old standards as house background music, even though the legends who first performed the songs are long gone.  A cynic might say these are songs by dead people for the dying. 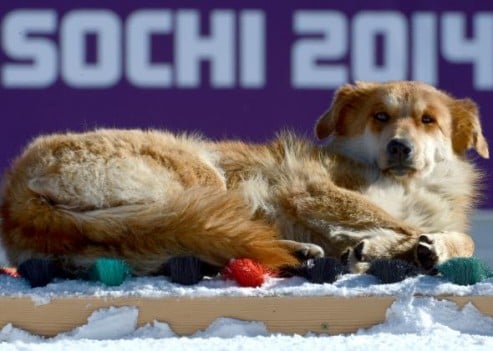 Our treatment of animals doesn’t reveal so much about what they are, as who we are.

This is especially true for dogs.

On one hand, dogs purportedly are “mans’ best friend.”  Yet, the appellation “dog” is often used as an insult hurled at those deemed to be less than human.  “He’s a dog,” or “She’s a dog” — we know exactly what’s meant by these derisive expressions, dont we?

So, which is it?  Are dogs our most adored companions, or the typification of filth?

Well, they’re both.  And precisely which side of the fence of human perception any particular dog falls into has virtually nothing to do with them.  After all, canine DNA is basically the same from animal to animal.  Rather, what makes us value one dog more than another are the twisted peculiarities of selective breeding, which is used to accentuate and exaggerate physical characteristics and behavioral traits.

New Rule: Being From Somewhere Else Means Your Old Place Sucks 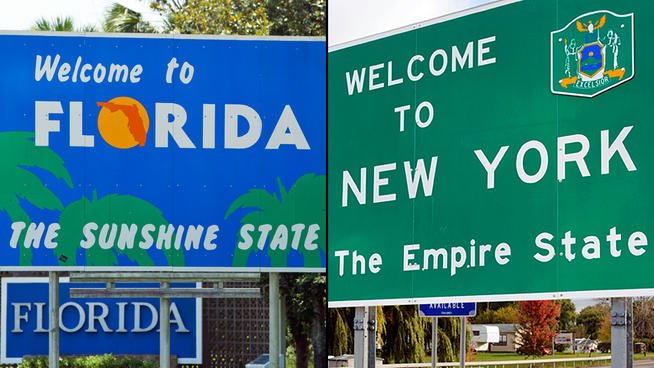 Fact:  If you don’t live there anymore, that means — the place you’re from sucks.

Got it New Yorkers?  Got it Texans?  Got it Californians?

The fact that you aren’t living there anymore means your old place stinks.  Otherwise, why would you leave?  Why did you leave?  What made you pack up everything and leave that place behind like an old beer can for somewhere else?  If the place you revere so much with all that self-delusional nostalgia is so great, then answer me this — why aren’t you still living there?

An Open Letter to Spirit Airlines

Look at the photo above.  Take a really good look.  Press your eyeballs right up against the screen.  Sniff.  Take it all in.

THAT’S WHERE I BUNKERED DOWN LAST NIGHT.  All because of your incompetent ass-joker tinker-toy excuse of an airline.

Check out the breezeway with chunks of sour vomit splattered right outside my motel front door.  What you don’t see were the gangbangers wandering the hallways the entire night, slamming doors, screaming profanities, serenaded by a hissing nest of feral cats parked outside my window making it IMPOSSIBLE to get any sleep.  I ended up at this slimeball slumber party — all because of YOU.  Make that, because of YOUR AIRLINE.

That’s right.  It’s YOUR fault.  SPIRIT AIRLINES FAULT.  At the time I should have been buckled into my seat up in the air sipping away on my third cocktail some 35,000 feet over Kansas, instead I was padlocked into a dive motel room trying to tune out an argument down the hallway that thankfully didn’t escalate into gunfire.  Oh, and I think at least one of the females was in heat.  One of the cats, I mean.

Tell me something.  Be honest.  Would you want to stay in this shithole?

I Don’t Understand the Appeal of Strip Clubs

I don’t understand the appeal of strip clubs at all.  Someone please explain this to me.

Strip clubs are obviously very popular, not just in Las Vegas, but just about everywhere.  When I travel around the country, wherever I go, I’m amazed at how many strip clubs there are.  Parking lots are usually full at all hours, day and night.

There’s probably a joke in there somewhere as to why I would notice so many strip clubs and the number of cars in parking lots.  Truth is, there are so many clubs around, that it’s impossible not to notice them.

I haven’t been inside a strip club in several years.  The last time I spent anytime at all in them with regularity was when I was in my early 20’s.  But that was all just an excuse to go out with friends and drink beer.  It was a rite of passage.  That said, one would think most people eventually grow out of that adolescent stage.

But many people I talk to enjoy going out to strip clubs for reasons I just can’t comprehend.  To me, paying money to sit in a dark place so you can watch naked female flesh parading non-stop in front of your eyes is absurdly ridiculous.  It’s sort of like going out to a fancy restaurant, ordering a $50 steak, and then be forced to sit there and stare at it all night long.  I mean, what’s the fucking point?  Who would enjoy doing something like that?

Ranking the Presidents (1900 to Present)

Put another way, it’s an excuse to take the work day off.

Before we head off to the beach, or clean out the garage, or down that six pack, let’s use this day as it was intended, which is to remember the people who have resided at 1600 Pennsylvania Avenue.

What follows is a ranking of the presidents since 1900.  The start of the 20th Century up to the present era is the perfect time frame for comparison since that span includes the sum total of 20 presidents — all in the post-industrial age and when America took an active role in world affairs.

What measure did I use for my rankings?  Well, there’s certainly a Liberal bias to the grading.  But Liberal versus Conservative isn’t the primary criteria.  Some Conservative presidents fare quite well in my rankings, while Liberals are graded poorly.  Instead, I tried to look at the overall status of the nation, the role of the federal government during the term (and aftermath), and the state of the executive branch in particular when the President departed office, contrasted with the date of inauguration.  In other words, did the President make the nation and the office better or worse?  How did the country fare from start to finish?  Most important — how did the President handle the events of the day, including wars, economic problems, scandals, and so forth?

Let’s find out.  I expect some raised eyebrows.  I’m convinced history has graded a few presidents wrongly, and I’ll explain why.  Each President is also graded based on what I believe history will ultimately decide.  Judgement certainly takes time, decades perhaps, in order to reflect back on the term and assess the full impact of a presidency.  That makes the more recent Presidents particularly difficult to judge.

“The light has gone out of my life”

One hundred and thirty years ago on this day, an ambitious young man stepped down from the front stoop of his home in Oyster Bay as a proud new father.  A joyous occasion, indeed.

This February 14, 1884 was expected to be a Valentines Day to remember.  And it was.  But not for reasons anyone, least of all the bright young attorney, could possibly have envisioned.

The young man, then 25, lived and worked in New York City.  He had a promising political career.  He was well off, even prosperous by standards of the day.  Married happily for four years and now father to a newborn daughter, future possibilities seemed to know no bounds.

But this day wouldn’t be remembered as a joyous occasion.  Early that morning, the man was shaken to learn his mother died from typhoid fever.  This crushing news was almost too much to bear, instantly transforming emotions of joyous fulfillment to utter despair.

The nightmare was only beginnning.  Only hours after hearing of his mother’s passing, the man’s wife who had just given birth lost all conciousness.  She slipped into a coma.  Then unexpectedly to everyone’s horror, she took her last breath.  Turned out, the pregnancy had concealed a serious disease within her body, and she died from kidney failure.

Tony Korfman’s poker book has been sitting on the bottom shelf of my office library for almost five years, gathering dust.

Make that Korfman’s two books.  For some reason, two copies were sent to me — unsolicited.  He either really, really wanted me to write a book review.  Or, his agent is a royal screw up.

Wait, Tony Korfman has an agent?

For those who don’t know Korfman, how shall I describe him?  His bio page says he was “born in New York, raised by seagulls in San Francisco, and now lives in Las Vegas.”  These days, he’s usually camped out in some dumpy poker room, wearing a leather logo-laden NASCAR bomber jacket that has to be hot as blazes during the summertime.  I mean who wears a leather bomber jacket when its 115 degrees outside?

I have no idea what compelled me to crack open his book a few days ago following such a long hibernation.  Like a forgotten classic Montrachet, it’s been there in the book cellar aging forever, aching to be opened for all the floral splendor to be enjoyed.