The Poker Onion (Part One)

THE ONION is one of my favorite all-time websites.

For those who haven’t seen it, THE ONION mocks current events by posting completely fabricated news stories which tend to be wickedly funny.  It’s essentially a news site where absolutely nothing is true.  Sort of like watching FOX NEWS — except it’s far more humorous.

The real gems are articles that appear utterly ridiculous.  But when reading a bit closer between the lines, they reveal some startling truths about an issue.  Take a look at THE ONION and I’ll bet you won’t be able to leave the site before laughing your ass off while nodding your head in agreement at the witty satire.

Ten years or so ago I wrote several “Onion-esque” poker stories.  None of these stories are/were true, of course.  I’m posting them here for the first time.  These articles originally appeared at POKERPAGES.COM between 2000-2002.

Prior to each article here, I’ve added a few notes from memory in order to place them into proper context.  Again, keep in mind these “stories” were written more than ten years ago, long before the so-called “poker boom.”  So, in some aspects, they’re dated.

Depending on if there’s much reaction, I might do several modern-day versions of a “Poker Onion.”  There’s no shortage of material for ridicule in today’s poker world.

This is the first of a two-part series.  Hope you enjoy!

Writer’s Note:  I wrote this up in 2002, four years before UIEGA was passed and nine years before Black Friday.  At the time, I was outraged by such a passive attitude on the part of the poker community.  No one cared much about the politics of online poker.  Back then, the prevailing attitude was that online poker would never be outlawed.  How prophetic this article turned out to be.  What’s truly sad is — it’s not nearly as funny anymore since parts of it actually came true, in part because of so many poker players remaining apathetic and apolitical.  One humorous side note — when this appeared on the front page of POKERPAGES.COM, several readers thought it was real and went to various online poker forum in a panic (they obviously just saw the headline and didn’t bother reading the article).

BELIEVE IT OR NOT:

Poker News From Around the World By Nolan Dalla 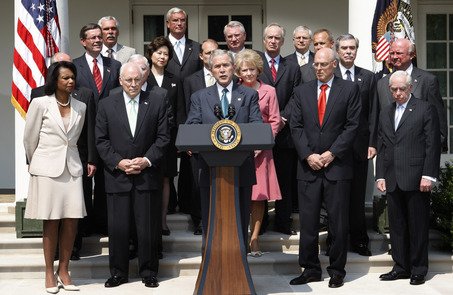 I have a special appreciation for Vornicu, who was born in Bucharest, Romania — where I lived for a few years.  He has been residing and working in the United States since 2007.  Yet he speaks perfect English (almost no accent).  He’s also an accomplished math expert.

Vornicu founded a website called Math Links, which encourages the study and mastery of math.  In fact, he’s the Director of Faculty.

Vornicu won his second WSOP Circuit title here in San Diego, and came in second tonight in yet another event.  Yet he only plays poker part-time.

I have great respect for people with a passion.  Vornicu has many passions, and just as many talents.  I expect to hear and see him do many interesting things in the future.

Don’t cry because it’s over.  Smile because it happened.

Lou Krieger was so fond of quotations.

Yet I sit here now reflecting upon the devastating news of his passing and the extraordinary measure of his character, desperately grasping for the appropriate quip which captures the essence of a man who passed away yesterday.

Of all people, Dr. Seuss provides the best summation of how we should look upon the death, and more importantly the life of the man known by most people in the poker world as Lou Krieger.

Most of us simply called him “Lou.”   That was his chosen pen name.  Over the course of two decades, during which poker was ushered out of smoky backrooms into international prominence, he wrote hundreds of columns for Card Player magazine.  He authored 11 poker books, all on strategy.

Lou was a writer, a teacher, a broadcaster, a strategist, and a player.  But his accomplishments within the game of poker – although widely appreciated – were but a tiny fraction of the very full life of the man who was born in Brooklyn, NY and died yesterday at his home in Palm Springs, CA.

Indeed, Lou was actually born as Roger Lubin.  The son of Jewish parents, Lou spent his early childhood on the streets and playgrounds of Brooklyn and his summers along Coney Island.  Although he later blossomed into a true philosopher and gifted intellectual, Lou never veered very far from his working-class roots.  He was able to converse with just about anyone, on virtually any subject, and was able to make those around him feel as though they were both heard and respected — sadly characteristics increasingly rare in society.

Alas, if listening is an art form, then Lou was our Michelangelo.  He was the best listener I have ever met.  Perhaps that’s ultimately what made him such a respected and beloved figure to those who knew him.  Lou was always there to listen.

He passed away a year ago, this week.

For those who don’t remember Barry, he was probably best known for his widely-read column in Card Player magazine which ran for nearly ten years.  Barry also authored two excellent poker books — both on Limit Hold’em, which was his specialty.

Barry was a real poker pro.  He spent most evenings playing at the Bellagio, where the $30-60 Limit Hold’em game served as his office.  Barry’s contemporaries included highly-respected player-writers — including Roy Cooke, Mason Malmuth, Jim Brier, Dr. Alan Schoonmaker and others who wrote about the game as they played it for a living.

But Barry was so much more than just a poker writer and colleague.

He was one of the most decent men I ever met.  He was a genuinely good person.  He was both an intellectual and emotional mentor to those who were fortunate enough to know him.

Please take a few minutes to watch this short 11-minute video I made last year as a tribute to Barry.  The video was shown at his funeral.

A few notes about this video:  Special thanks to Betty Tanenbaum and Lupe Soto for providing many of the photos which appear.  Also, thanks to Ashley Adams, the excellent writer and radio personality who provided the two-minute audio clip of Barry which is heard during the middle of this video.

The first part of the retrospective shows Barry’s personal life.  The second interlude highlights his career in poker.

One thing is for sure.  It takes real guts to enlist and then serve in combat, as Franklin did.  It also take courage to stand up in front of 500 people and sing the National Anthem without any musical accompaniment.

Here’s a video of my introduction of Franklin, followed by his rendition of the Star-Spangled Banner.