The Distrust and Downfall of Authority

A shitty movie just made a quarter of a billion dollars in a single weekend.  So much for the opinion of The New York Times film critic.

13 Years Ago the Wars Began

Thirteen years ago this week, United States armed forces invaded Iraq under false pretenses.  Whay are we still there? 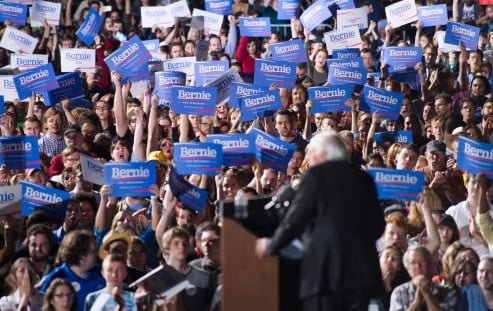 The time has come for Bernie Sanders to take a final bow.  He should graciously exit the 2016 presidential race and end his campaign — the sooner, the better.

Scott Baio has just dealt a devastating blow to a majority of the remaining presidential candidates still competing in the 2016 race.

The washed-up former kid actor who is perhaps best known for his role in the cringe worthy “Happy Days” spin-off, “Joanie Loves Chachi,” a ghastly unfunny television series which lasted just seven episodes after being mercifully cancelled after dismal ratings in the midst of ABC’s nightmarish Fall 1982 season, announced his official endorsement of Republican frontrunner Donald Trump yesterday in a much-anticipated press conference.

Should Trump Rallies Be Targeted by Protesters?

When might political rallies be legitimate targets of disruption?  If a Ku Klux Klan rally were held in a town square, would it be acceptable for protesters to show up and counter-demonstrate?  Is is permissible for protesters to interrupt the speaker, or to engage in disruptive chants?  Under any circumstances, would it ever be permissible to engage in acts of physical violence, which might include rushing the stage and trying to stop a speaker?