Dick Cheney got everything wrong.

“America would be hard-pressed to find a more despicable political autocrat than Dick Cheney, who not only refuses to disappear but just won’t shut up.”

Note:  Obviously, I wrote this column before Donald Trump arrived on the political scene.

Not many are portrayed in a movie by an Academy Award-winning actress.

So, how exactly shall I introduce Linda Kenney Baden, other than to say even though Helen Mirren won a Screen Actor’s Guild award for her spot-on likeness of the famed New York City criminal defense attorney and former prosecutor, the far more interesting drama has been played out in the real-life experiences of Kenney Baden, for all her personal and professional accomplishments.

Here’s what American conservatives once supported.

The super-rich never had it so good.  At least not since the late 19th Century, a reprehensible period in American history known as the Gilded Age when wealthy robber barons in mansions and plantations treated the working class like farm animals, and the government did next to nothing to help common people.  In other words, unbridled capitalism and conservatism at its unapologetic worst.

Yesterday, something unusual happened at the crossroads of Flamingo and Fort Apache, in Las Vegas.  Here’s the story.

The Ominous Parallels Between 2015 Kim Davis and 1963 George Wallace 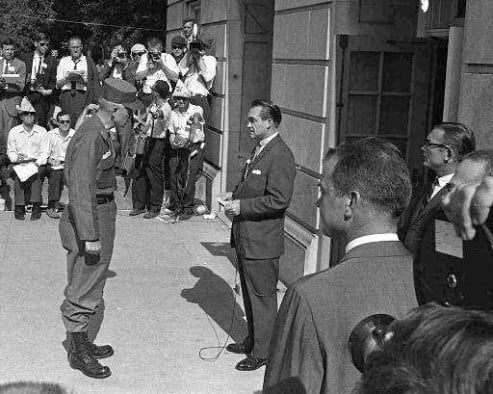 Justice over bigotry shall ultimately prevail in Kentucky.

But let us not forget the disgraced bigot who openly stood in defiance, blocking a public doorway, thwarting the U.S. Constitution, and obstructing the basic freedoms of others.  Moreover, let us remember all those repugnant voices who joined in on the spectacle and openly defended such bigotry under the false pretenses of “religious freedom” and “states rights.”

Presumably the land of liberty and equality, America has witnessed this shameful moment before.