You Won’t Believe the Things I Discussed with Dr. Vafa Kamali

A Dinner Conversation with the Man Making Scientific Discoveries which Could Enable Us to Live Twice as Long, Who Founded the First Anti-Ayatollah Khomeini Movement in the United States, and Was at the Poker Table Where “Puggy” Pearson Once Did the Unthinkable

A few months ago, I was enjoying a quiet evening at home, watching television.

On screen was the popular PBS program called “NOVA.” The show is mostly about science and technology and often features cutting-edge breakthroughs in various fields of study.

Imagine my surprise to see someone I knew appearing on the program. I came to discover, he’s one of the world’s foremost experts in the field of genetic engineering. He spoke about scientific advances he and his university research team have achieved which could ultimately enable humans to live as long as 150 years.

I’ll tell you more about this shortly.

Look at this lunacy!

I just finished my dinner at the Chinese Restaurant called “Fortunes,” located at Harrah’s Rincon, near San Diego.  As is customary with all Chinese meals, the curtain call of the dining experience is opening the traditional fortune cookie.

Well, look at mine.

How in the hell do I open up my fortune cookie and receive a message like this?

BOATS AND WATER ARE IN YOUR FUTURE.  HAVE FUN!

Boats and water?  In my future?  Have fun?

I live in Las Vegas in the middle of the desert, for Crissakes!  Water?  Boats?  Where?  And how can they be in my future?  It’s the middle of freaking December.  And for those of you who might ask — no, I am not taking a cruise nor have I ever been on a cruise ship.  I don’t like boats. 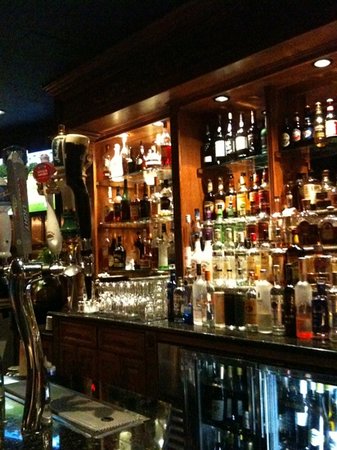 This photo of Kelly’s Restaurant is courtesy of TripAdvisor

It’s rare to get four very busy people who live in different cities together for a festive meal.  Fortunately, that was the occasion last night at a new restaurant located on Paradise Road, in Las Vegas.

I joined good friends Rich Korbin (who works for one of the better-known companies in the poker business — I’ll leave it at that), Glen Cadamartori (Marketing Director for Caesars Entertainment), and Terrence Chan (one of the best Limit Hold’em players in the world and currently a professional Mixed Martial Arts fighter) for drinks and dinner.

We chose a new steakhouse which just opened up about a week ago, called Kelly’s.

The following narrative will be a combination restaurant review and recount of our dinner conversation, which went three all-too-brief hours.

I’m a carnivore.  Morten’s of Chicago, Ruth’s Chris, Del Frisco’s, The Palm, Smith and Wollensky — pick any of these places and you’re guaranteed to enjoy a good meal.

Friday night, we decided to go a different route.  Since both Ruth’s Chris steakhouse locations have now closed in Las Vegas (victims of the economy, no doubt), we noted that a new restaurant had opened up at the old Ruth’s Chris location on Paradise Road.  This is positioned in a busy strip mall, across the street from Del Frisco’s.  In fact, Yoli’s — the excellent Brazilian-style steakhouse — is also located along the same row of businesses.

Kelly’s has only one other location, so their excursion into the highly-competitive Las Vegas restaurant market is a major step for the privately-owned landmark based in Long Beach, CA.

Indeed, “Kelly’s Restaurant” has been an institution in Long Beach for more than 30 years.  It’s very much an old-style “power lunch” kind of place.  However, given its close proximity to the ocean and fresh seafood, there are many other menu options, as well.  One has to wonder if this would be a rubber-stamp of the proven Long Beach venue.  Or, would the new owners decide opt for a different flair near the Las Vegas Strip.

Upon first glance, Kelly’s looks very much like what was the former Ruth’s Chris restaurant.  Perhaps when the new owners moved in, they realized that redecorating costs would be minimal, since the dark-wood, white-table cloth ambiance would perfectly match the atmosphere Kelly’s would be trying to create.

Some holiday decorations around the bar and dining area added to a festive feel.  That cordiality was enhanced by very personal attention from the host (actually series of hosts) which greeted our party warmly as we made our way to the table.

Upon taking a seat — the look, the feel, the atmosphere all are what one would expect at a first-class steakhouse.  Add live music in the bar area provided by a piano-playing crooner performing old standards, and you have all the makings of a great night out on the town.

Why’s it so goddamned difficult to get a decent margarita?  I mean, what the fuck!

The recipe is simple.  Simple!   The act of mixing the cocktail isn’t difficult.  But for some reason, which I fail to contemplate, most bars and restaurants — even highly-rated Mexican restaurants — serve shitty-ass margaritas made with no love nor care.  It’s time to start sending these abominations back.  A major education campaign must be launched, and I’m here to do it.

Where’s the pride?  How can an owner, a manager, or a server put out such lackluster product, when a margarita should be the centerpiece attraction?  How does a restaurant keep its doors open using cheap tequila and rock-gut triple sec poured out of pathetic plastic bottles combined with disgusting powder-based mixers and have the audacity to call that a “margarita?”  It’s like putting lipstick on a pig and calling that Anne Hathaway.

Case in point:  Whoever created the margarita pictured in the photo below should never be able to set foot behind a bar again.  Ever!  The criminal should be digging a ditch or serving on a chain gag.  Bitch slap his ass!  I mean, look at this travesty!  And study carefully.  Drop what you are doing and pay attention!

I’m visiting South Lake Tahoe for the next two weeks.  It’s going to be a busy weekend with the World Series of Poker Circuit in town.  The Heavenly Ski Resort is also opening up sometime next week.  So let’s talk about one of my favorite subjects — great food!