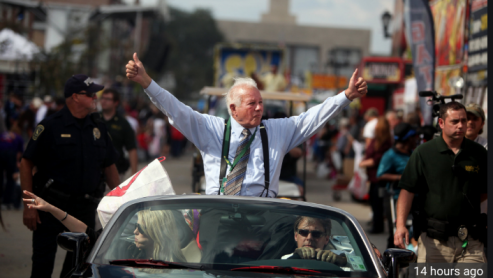 The last of the Southern New Deal political giants is gone.

He was a Cajun, who spoke French and played the piano. Openly hedonistic and corrupt. Charmingly honest and funny and twisted as a snake. What a character. What a life.

Reporter at Courthouse Confronting Gov. Edwards During Corruption Trial: “Do you have anything to hide?”
Edwards: “Hell yes, but not anything in connection to this investigation.”

On another occasion, Edwards was asked if he thought he’d win re-election. He famously replied: “The only way I lose this election is if I get caught in bed with a dead girl or a live boy.”

When he ran against Republican Klansman David Duke, the Democrat had bumper stickers printed up: “VOTE FOR THE CROOK!”

In one of his last political races, famous for his infidelities (Edwards was married and divorced three times), he called himself “the Silver Zipper.”

Probably the only Governor in history who stood at craps tables in Las Vegas betting black chips and never shied from the cameras. Louisiana loved him.

I miss deeply casino executive and a mentor to me Nick Gullo from New Orleans, who died a few years ago (who served time for being a hitman). He knew Carlos Marcello and Gov. Edwards personally. We used to talk about those days. He just flat out said — “yeah sure, Eddie Edwards was a crook–but he was our crook!”