I was delighted to be invited to play in last night’s poker charity event held at Planet Hollywood in Las Vegas.

Each year for as long as I can remember, poker pro and legend Jennifer Harman has given something back by organizing and hosting a charity benefit for the Nevada SPCA (be warned about visiting the site — you might fall in love and end up adopting an animal).  The Nevada SPCA does fabulous work rescuing needy animals, and helping to find them loving homes.  I cannot write or say enough good things for this organization and the fine people who do this kind of work.

Friday night’s gala included several speeches, public and silent auctions, a red carpet extravaganza, dozens of cute and cuddly animals, and a charity poker tournament designed to raise money for the Nevada SPCA.  We were informed that for each $50 raised, that would save one dog or cat.  Hundreds of people showed up, and 180 players entered the tournament, with multiple re-buys.  First place was a seat into next year’s WSOP Main Event Championship valued at $10,000 (which would have been ironic had I won it, since due to obvious restrictions I would not be able to play).  What really mattered was coming out, supporting this great cause, and helping to raise awareness for these innocent animals who desperately need our love and care, and deserve so much more than the tough beats these creatures have been dealt in life.

Many people donated items, including vacation packages, airplane rides, poker memorabilia, wine and liquor, and lots of other cool prizes. My pal Al Adler, owner of the Aviator Casino in California, should be commended as one of the most generous givers of this event, including an $13,000 vacation package.  Al is pure class. all the way.  One of the good guys.

I got to hang out with several old friends, and make quite a few news ones.  Dan Goldman and I go back a long way, and we used the occasion of multiple breaks in the poker tournament most optimally.  Dan ordered his customary Woodford Reserve (bourbon).  I opted instead for Jameson, which I find myself exploring with an increasingly frequent sense of curiosity thanks to a tour of the Jameson distillery in Dublin earlier this year (thanks Padraig Parkinson) and the suggestive powers of James McManus as a dinner and drinking companion. Fortunately, Dan and I both went deep in the tournament (e.g. the deck ran over us) and so were able to “explore” more of the bar than we’d planned.  By the way, why did our drink prices increase as the night went along?  First, it was $28 for two drinks.  Later, it was $32.  Someone needs to look into the bartenders downstairs in the casino, where the boom box music is constantly playing.  Totally indifferent.  Lot’s of attitude.  Only negative thing that happened on an otherwise splendid night.

There were way too many people to call out by name who I played with an talked to during the festivities.  Melissa Hayden for one — well, she did all the talking (note to self:  push for a Melissa Hayden roast sometime, would be standing-room only and a line out the door).  Perry Friedman and Eric Rosenberger joined me in a political discussion at tableside about the broken American criminal justice system, where we all appeared to agree the current state of affairs is downright scandalous.  Emily Jillette (the better looking half of the Penn family) was a delight to see again as she was finally back in Las Vegas after traveling all over.  I also enjoyed speaking with Rob Kirschen, editor for WSOP.com, who was working the WSOP Circuit which is currently taking place at Planet Hollywood.  Joanne Douglas, who I have marveled at for years, was also there and we got to catch up on stories, and rumor monger about everyone else.  Another highlight was conversing with Dutch Boyd, always a great conversationalist.  Didn’t get a chance to play with Dutch though, but did play with the lovely Michelle, who outlasted the three-time WSOP title winner.

Planet Hollywood’s staff is one of the very best.  Poker manager Chris Gawlik is really making PH the place to play and is putting the casino on the map for poker players — especially with his two highly successful “Phabulous Poker Series” events, held during the summer at the same time as the WSOP.  It was also great to see Greg Grivas, who I have known as respected for years as one of the best in the business.  As long as Chris and Greg are in the room and supervising, there might still be hope for Mitch Dietz.

Lots of big names showed up for the poker event, including some guy named Daniel Negreanu, who graciously donated $10,000 to the charity.  Obviously, none of this would have happened and lots of animals would not be in good homes right now if it were not for the host, Jennifer Harman. 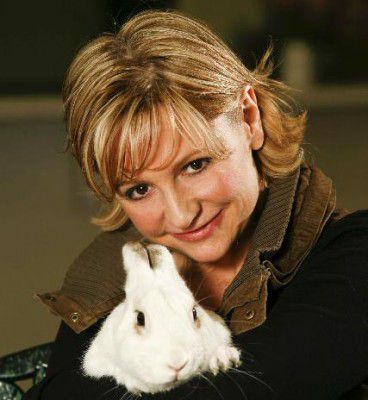 I had the great honor of co-hosting her induction ceremony and dinner into the Poker Hall of Fame last weekend, and the more I see of Jennifer’s work away from the poker tables, the more respect I gain for her.  I urge everyone to thank Jennifer for all she does (I remember attending her event back in 2006, which means she must have raised millions for needy animals in the decade-plus she’s been doing this).

As for poker, the No-Limit Hold’em tournament attracted 180 entries, several of whom took re-buys and add-ons.  I was comped into the tournament by Marissa Chien, best known as one of the premier tax accountants in the world for gamblers.  But I went bust early, and added on another stack with a $200 donation, which was pretty common among the participants.  I understand some players added on as many as 5 or 6 times.  They must have been really unlucky.

As for lucky, I somehow managed to make it all the way to the final table, somehow.  Spiking one-outers and hitting miracle inside straights was never so easy.  The final table was a fun lineup.  The players I knew were Allen Cunningham, a five-time WSOP gold bracelet winner who’s won something like $999,000,000 playing poker, and squirreled away every cent of the profits.

When we were down to four-handed, I moved all-in with A-10 suited, and got snapped called by Cunningham, holding A-J.  With the chip lead at stake, the board was dealt.  Well, wouldn’t you know it — that kid got lucky again and somehow the best hand held up.  Out in 4th place.  Was a pleasure to play with Lacey Jones, who I had not seen in a while, one of the nicest people in the game.  Also, Poker News and WSOP.com’s own “Minnesota Molly” was to my immediate right, who ended up finishing 3rd.  Way to go!  Allen, so damn lucky, won the tournament.  In other words, the top 1 percent got richer and the working class got screwed again.  And who says poker isn’t the mirror of capitalism?

As for prizes, I got a couple of nice things.  Thanks to poker pro Cyndy Violette (who I used to be in awe of when she was running over the tables at the Taj Mahal in Atlantic City’s high-stakes games and was one of the East Coast’s top players) for generously donating a $100 gift certificate to her Las Vegas restaurant, Violette’s Vegan.  Ironically, I can walk to this restaurant from my home.  Try it sometime.  Great healthy eating.  But I can’t quit make the Vegan conversion, yet.  Too much of a carnivore.

Also, thanks to Blue Shark Optics, who has been one of the most devoted sponsors of poker events for several years now.  I’m a big fan of their high-quality products, which are lightweight, fashionable, and really soothing on the eyes.  Blue Shark donated a pair of sunglasses valued at $250 for the tournament, in the spot where I finished.  I’ll wear them with pride.  Thanks Blue Shark!

I also walked away with a bottle of wine (how’s that for an appropriate prize).  Pahrump Valley Winery donated many bottles of their wine as prizes, and while I have yet to try this wine, I’m sure it will be an experience (there’s actually a winery about 70 miles west of Las Vegas, in Pahrump, NV).  Seriously, that’s a cool thing the winery did, supporting this great cause, and I’m looking forward to exposing my refined palate to new challenges.

Once again, the 2015 Jennifer Harman Charity Benefit was a wonderful evening that has become an annual Las Vegas tradition.  I urge everyone to visit the Nevada SPCA website and do what they can to help these animals, who deserve a healthy life and all happiness we can give them.  We have two cats who were both rescues.  They have given us much joy.

Thanks to the Nevada SPCA, the Planet Hollywood staff, all the dealers and floorpeople, the sponsors, and especially all the players and celebrities who attended and made this such a memorable evening.  Hope to see everyone there next time, in 2016.

Note:  Special thanks to Jordan Handrich for taking these photos.