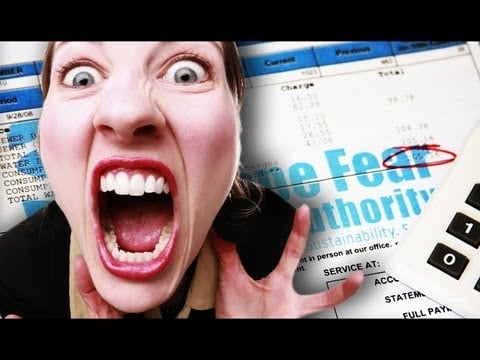 I just opened up my Visa bill this month and caught you motherfuckers red-handed again.  Cold blooded thieves!  That’s what you are!  And for this, you are going to pay.  Dearly!  Just wait til you hear what I have in mind next time I pay you a visit.  Already, I’ve got my revenge planned.

You, the villainous Hilton Corporation, with thousands of money-sucking hotels worldwide, enabler of the planet’s most obnoxious golden-haired waif, jerked me off on this month’s bill for an extra $500.  That’s right — fiiiiiive huuuuundred dooooooollars.  You thought I wouldn’t notice, didn’t you?  Well, I did notice!  Indeed, I might not have caught your “honest mistake,” except that $500 is basically a sports bet for me, and no one is going to break my balls and bash me in the ass for five bills unless it’s some shortstop in Cleveland I’ve never heard of making a throwing error to first base.  Then, I can live with losing the $500 after spewing off a load of F-bombs.

Which brings up to today’s hot topic:  If it’s really an “honest mistake,” why do we always seem to get charged TOO MUCH?  Why never TOO LITTLE?  Shouldn’t the mistakes balance out?

I’m loaded with evil conspiracy theories, and my latest is that Hilton consciously does this all the time.  My reasoning:  I’ve gotten hotel bill gang-banged three times over the last 18 months for extra charges I didn’t make when staying at Hilton properties.  Just a coincidence, you ask?  Am I the most unlucky customer in the world?  How come Hilton never forgets to charge me for the extra $9 can of Pringles out of the room fridge?  Huh?  Answer me that.

Thing is, I suspect they know very well that a large percentage of their upscale clientele — with limited free time to parse over fine details — submit their travel charges as business expenses and probably don’t even notice the overcharges.  Lots of business travelers slap their hotel stays and most meals on charge cards and likely don’t pay much attention to the details when they arrive sometime later.  So, Hilton and the other blood suckers squeeze out an extra dip or two from the bank accounts of unsuspecting victims who might not remember all the gritty particulars of a stay in at the Downtown Philadelphia Hilton three weeks earlier when they had too many cocktails.  Oh wait — way too much information.

Other companies likely do this as well.  Perhaps the most notorious of all are grocery chains and drug stores, which I strongly suspect) intentionally charge higher prices on some of the items.  Getting wacked for 20 cents extra on an item or two doesn’t sound like a big deal, but when they kneecap millions of unsuspecting customers per month, that’s a nice little bonus for the ballbusters.

Rental cars, restaurant bills, hotel charges, retail stores — they’re all guilty of this practice.  Not everyone, everywhere, mind you.  I’ve shopped at Costco hundreds of times over the years and don’t recall a single incident where I was charged improperly.  But you can bet your paranoid ass many other companies are doing this to their customers, and mostly getting away with it.  After all, how many people are going to notice a 20-cent mistake, or an extra soda, or $500 too much slapped onto a $2,400 hotel bill for a week’s stay?

Which now brings up extracting my personal revenge.  I figure that I’ve wasted significant precious time  with various Hiltons trying desperately to get my money refunded.  I’ve had to make phone calls, put up with getting disconnected, call back, get put on hold again, talk to accountants who mostly have the personalities of prison guards, wait for call backs that sometimes never come, and basically plea my case like an indigent lawbreaker to try and get my money back.  Add in the time of writing this column (scream therapy), and I figure I’m owed at least $500 in financial restitution.

So, here’s my act of revenge.  Next time I stay at a Hilton, I’m going to pilfer all the towels.  I’m going to bundle up every beachtowel and washcloth in the suite until the extra suitcase that I bring just for this purpose looks like a pregnant hippopotamus.  I’m going to snatch up every towel on my floor if I have to, and even purloin the maid’s cart, which is usually loaded with free goodies.  And if towels don’t cover my therapy — then watch out pens, shampoo, and glassware.  I might even go after the light bulbs.  They better make damn sure the ironing board is nailed to the floor.  It’s total war, Miss. Paris Hilton.  Your company basically owes me $500 for my time, aggravation, and mental anguish — and you are going to pay.

When it comes to getting screwed over by Hilton, let’s just say I’m now throwing in the towel.  Make that, dozens of towels.  Into my suitcase.