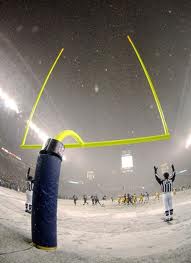 Comments:  Nice to end the regular season on a positive note, going 6-1.  Let’s hope this continues on into the playoffs.

I said it in Week 11 after Houston struggled to beat a horrible Jacksonville at home in overtime — The Texans are a fraud.  Last week, I expected Houston would further expose themselves as one of the weaker playoff teams, and they didn’t disappoint.  Despite much incentive to win and earn a bye in the season finale last week, the Texans lost by double digits.  This team has been hammered three of the last four weeks.  Meanwhile, Cincinnati appears to be peaking at just the right time.  The difference in this game should be the Bengals defense, which is playing as well as any unit in the league right now.  By contrast, Wade Phillips unit appears to have taken the last month off.  I’ll take the long overdue Marvin Lewis to win a well-deserved victory here on the road.  As insurance, I’ll grab the +4.5 points just in case.  Hopefully the points won’t be necessary.

I’ll take my live dog in the first half getting a field goal.  Obviously, this would be “no play” at anything less than +3.

Team 1 — Cincy….Have to put a little extra sugar on the live pups getting more than 10, with the 6-point tease.  Team 2….Unfortunately the Seahawks won’t be teased over the zero.  But I see enough value to take a veteran Ravens club playing at home versus a surprise team that might still be a year or so away from competing in a game like this.  Big difference should be home field factor here.  I also see massive holes in Colts defense that Baltimore should be able to exploit.

You can probably wait and perhaps get -2.5 by game time if you like the favorite, as I do.  It’s going to be tough to move the line off the -3, but I think that could happen as many betters will want to grab points with the popular live home dog.  Trouble for Washington here is coming off such a huge emotional victory against rival last week and now having to prepare again for what should be a much tougher opponent.  Seattle has basically steamrolled everyone the last half of the season, and I look for this unstoppable momentum to continue — at least for anther week or so.  It’s been a great year for the Redskins and R. Griffin III is undoubtedly one of the NFL’s most exciting players, which should be the case for years to come.  But I can’t imagine he Redskins drawing a worse opponent this week.  It’s rare for me to ever lay points on the road, but I think it’s justified here.