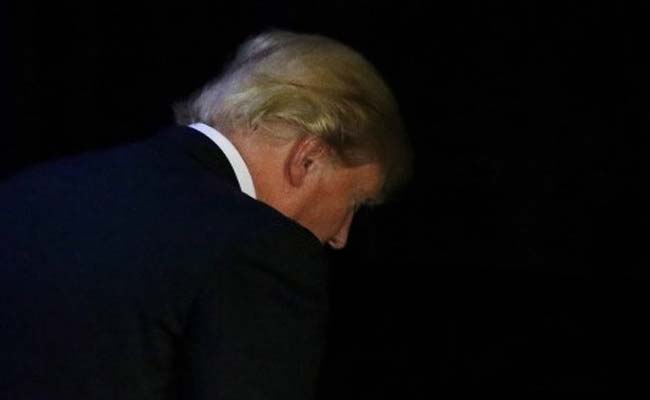 I don’t make it a habit of dishing out political advice to someone I loath.

This unsolicited wisdom, if followed, could provide a desperately needed political achievement for the thoroughly inept Trump Administration, now 75 days into what’s likely to disintegrate into the most shameful presidency in American history.  Despite all the current distractions, now seems like a good a time to speculate on how things might have been different.

On day one, President Trump’s very first act should have been the signing Executive Order #1 — rebuilding the nation’s deteriorating infrastructure.  Whatever it took, whatever the cost, whatever the political willpower required to get things moving forward — a massive public works project intent on fixing America’s crumbling roads, bridges, pipelines, dams, and other indispensable groundwork would have instantly launched the new presidency in a positive direction.

Had President Trump simply announced, “I’m here to make America great again,” followed by the public signing of a massive public works project, he might have parlayed that genuine display of goodwill and willingness to govern into something far greater.  That would have been a stroke of bold new leadership.

Imagine the political fallout of that moment, which cannot be overstated given how bad things have gone since then.  Had “rebuilding America” been the first act of the new Trump presidency tens of millions of American workers would have cheered the news.  Maybe roads and bridges doesn’t sound sexy, politically speaking.  But everyone in America understands maintaining them is a vital function of government.  Republicans, despite budget concerns, would have been forced to support Trump’s initiative.  Democrats, the party typically associated with big government, would have been placed immediately on the defensive, backed into a corner — and likely forced to work with the new administration to bring good jobs and construction projects back to their home districts.  Even those of us who despise Trump, the person, would have supported Trump, the president, on the critical issue towards making massive infrastructure improvements.  Who would oppose the prospect of millions of new jobs being created instantaneously?  On day one?  Answer– virtually no one.

Seriously, who in their right mind opposes making sure our roads and bridges are safe?  It’s was a sure-fire home run.  A can’t miss idea.  A consensus builder.  A national initiative.  The ultimate act of placing “America first.”

That’s how President Trump should have kicked off his new administration.  Had that been the strategy, he would have won “bigly” on that single issue, leading to unforeseen bipartisan cooperation which could have produced additional common political ground.  The foundation for a working relationship would have been bronzed.  President Trump could have rightly called himself a “unifier,” if only for a day.  Perhaps most important, it would have been the right thing to do for America.

Well, none of this happened, of course.  Instead, President Trump spent his first day attending three inaugural balls, which was to be expected.  He also signed four executive orders.  Two of those acts dealt with staffing his new administration.  One was the reversal of a housing program instituted by the Obama Administration which made new homes more affordable to low- and middle-income Americans (not sure why there was so much urgency to reverse that policy).  The fourth and final act of the day was dismantling parts of the Affordable Care Act (a.k.a. “Obamacare”), although Trump admittedly “had no idea healthcare was was so complex,” as he remarked later.

The nation’s infrastructure might as well have been a manned trip to Mars.

Alea iacta est.  The die was cast.  The death spiral began.  On the following day, President Trump began spinning mindless fantasies demonstrated by a bizarre visit to Central Intelligence Agency Headquarters where he spent much of the solemn occasion bitching about media coverage and lying about inauguration attendance.  From there, the lunacy train pretty much ran off the rails and has been flipped upside down in a ditch, ever since.  Oh my, what could have been instead.

Weeks later, President Trump finally raised the forgotten infrastructure issue for the very first time during his faux-State of the Union-style address to members of Congress.  His remarks elicited loud cheers from both sides of the aisle, and even drew high praise from his most vicious critics.  For the first time Trump was even called “presidential.”

Once again, President Trump had a rare golden opportunity to lead and to make good on a critical campaign promise that was important to everyone in the nation.  Unfortunately, the words didn’t match the actions.

Another month-and-a-half has elapsed, since then.  During that time, President Trump released his first proposed federal budget.  Guess what?  Inexplicably, and to everyone’s astonishment, his budget slashes spending on infrastructure!  There’s no trillion dollar increase investment in America.  Once again, Trump is lying.  He talks a big game out in front of the folks while continuing his adoration tour of self love.  Then, when ink meets paper we actually see that his policies obliterate the funds necessary to so the job.  It’s yet another bait and switch.  Here’s the latest update on Trump’s false infrastrcuture promises and mess:  Trump’s Infrastructure Plan Could Be His Biggest Con Yet

So, what happened?  Well, perhaps this administration is just way too caught up at the moment in Kremlin-gate.  One can see why that would be a distraction.  Perhaps Trump is too busy focusing on the musical chairs within his own staff, which continues changing by the minute.  Maybe Steve Bannon misplaced the smeared cocktail napkin on which the nation’s priorities were scribbled.  Who knows the real reason why infrastructure now seems like the last thing on the president’s mind.  Trump’s out on the golf course so often (13 times, so far) that he’s forgotten all about America’s deteriorating roads and bridges and water supplies.  I guess it’s hard to see rusted bolts from the 18th hole tee-box at Mar a Lago.

This isn’t an problem that can wait much longer.  It’s not like another four years can go by without taking some significant measures.  If roads were arteries, then we’re an overweight nation with a three-pack-a-day habit and cholesterol levels off the charts.  We don’t just need a new diet and an exercise program.  We need electric shock therapy.

There are other Flints out there waiting to detonate.  Years ago, we saw what happens when critical infrastructure is ignored.  Seven people died needlessly when a bridge servicing an interstate highway collapsed in Minneapolis.  Last week, another bridge collapsed in Atlanta.  These might seem like isolated incidents, but the reality is — the ice is melting fast on the lake and we’re all exposed on a warm spring day.  One recent study found that a whopping 59,000 bridges across America are structurally deficient.  Each one of these roads and bridges is a ticking time bomb.

Here’s an idea:  Instead of wasting our precious national treasury constructing a worthless border wall with utterly no benefit to most Americans, that money should instead be spent on things that really matter.  We’re realizing now that making America great again wasn’t a sincere promise, so much as an empty slogan.  The infrastructure issue was just a cheap applause line for Trump during his feel-good campaign, intended to opiate millions of Americans into believing he’s really committed to governing when his actions have revealed that he’s the antithesis of governance.

Our roads are cracking.  Our bridges are swaying.  Like Trump’s unraveling presidency, it’s just a matter of time before things start to collapse and disaster occurs.