To suggest he’s Abbott to Costello, or Laurel to Hardy, doesn’t do justice to the taller half of poker’s most famous television duo.

Lon McEachern, the gabbing gander who has called World Series of Poker action on ESPN every year since 2003, might seem joined at the hip to color commentator and longtime broadcast partner Norman Chad.  Together, the duet has been televised poker’s double face to millions of viewers ever since the poker boom began.  McEachern and Chad were responsible, at least in part, not only for popularizing the game to a much broader audience, but for making the game more fun to watch, as well.

McEachern started out in sports, not as a broadcaster, but as a baseball player.  He never expected to be known for his association to the World Series of Poker.

“I was a baseball nut and desired to play pro ball,” McEachern says.  “But my college coach had other thoughts.  So, I turned to the family biz — broadcasting.”

McEachern’s father was a true television pioneer.  He appeared regularly on television back during the 1950’s in Memphis, where Lon and his three brothers and sisters were born.  McEachern’s father eventually took a job in San Francisco.  The family moved, and that’s where Lon grew up, actually just north of the city in Marin until the age of 19.

Small market radio led to small market TV.  Next, that led to big market TV in San Francisco, including KRON, where his father worked.  Eventually, that led to doing occasional work for ESPN which became a regular gig.  McEachern became a field reporter for the then-new ESPN2 (a.k.a. “The Deuce!”).

McEachern’s first big break in television came while working on the first several X-Games, which were held during the summer and winter.  McEachern worked on other networks too — including Fox and  The Outdoor Life Channel, among others.

“In poker parlance, I was a grinder,” McEachern recalled.  “I worked any job, anywhere.  Arm wrestling at midnight in a seedy part of Detroit, wake boarding competition, Scrabble championships — you name it and I would do it.”

However, times and careers were about to change.  One of the unforeseen fallouts from the 9-11 tragedy was a decline in work for freelance broadcasters.  That forced McEachern into searching elsewhere for work.

“I actually made the decision to give up sportscasting, because I was in danger of losing my house,” McEachern remembered.  “To survive, I became a mortgage lender for Washington Mutual Bank in 2002.  Someone  must have really been looking out for me as that turned out to be the best time in history to be in that business.  A year later, I get a call from Bob Chesterman at ESPN (whom I’d never met).  Somehow he got my number at the bank and asked if I’d be interested in hosting a handful of poker shows they were shooting at the 2003 World Series of Poker.”

Since mortgage banking was booming at the time, McEachern almost didn’t take the job or accept the offer.

“A year earlier, I had been snap calling a big ‘Yes.’  But this was different.  I had given up TV,” McEachern said.  “However, like a drug, this business forever remains in the blood.  I checked to make sure I had enough vacation time (I barely did) and committed to go to Binion’s Horseshoe.  Good choice, huh?”

McEachern remained with Washington Mutual for almost five years — doing both loans and sportscasting on the side.  It was a quite the juggling act.  With forces pulling him in different directions, McEachern finally decided to pursue the broadcasting road again when an increase in production provided more opportunities.

“ESPN keeps signing me to new contracts,” McEachern said.  “Now, I’ve got some security, a cool gig, a mortgage still, and self-paid health care (add that to my short list of gripes in the interview).

For the man who seems to have finally found the right balance in his career, Lon McEachern seemed to be the perfect choice for the latest segment of “Facing the Firing Squad.” 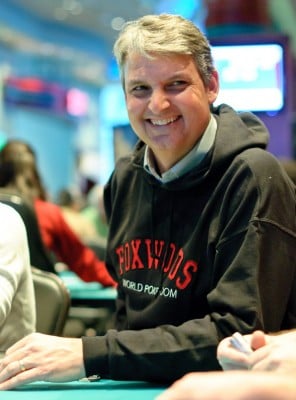 Truth, justice and the Amer… wait, someone else uses that.  But it’s not bad.  Having integrity in each facet of my life is important to me, until someone fails to use their turn signal — then all bets are off.

Phoniness, inflated self-importance, the death penalty — unless you fail to use that turn signal on me.

What living person do you admire the most, and why?

No one person, but the people close to me who have extraordinary balance in their lives.  They work hard, give endless hours to their families, exercise, volunteer, donate money to charity, give blood, and build an flawless Adirondack chair from the wood scraps in their garage.

That aforementioned fucker who doesn’t know he has a turn signal on his steering column.

It sounds silly, but once my baseball career ended 35 years ago, sportscasting is what I have always wanted to do — but that’s boring to hear.  Let’s go with fly fishing guide.  Just the act of casting a fly rod can keep me entertained all day, actually catching fish is just a surprise gift.

First and foremost the fact that I have been able to make a living doing what I love and kept the mortgage paid while not compromising my principles.  During that time I also made plenty of time for my family. I will not die bemoaning the fact that I let work get in the way of being a caring husband and a dad to two great kids.  Secondly, that I made a final table at a WSOP Circuit event!!!!!!!

I am very self conscious about my weak profile.  I look much better from straight on.

Playing laser tag in a Marchetti SF-260 airplane against a San Francisco 49er player who was in another plane.  We flew the planes over the ocean as part of a story I was doing for ESPN2.  It was thrilling, it was fast, I passed out while pulling 6 G’s, then threw up as we were about to land.  Perfect day.

I called Muay Thai fighting at the original Lumpinee Boxing Stadium in Bangkok.  It was like being dropped into the past.  Young fighters practicing their national pastime on the grandest stage offered; patrons streaming in off the steamy streets into the steamier yet indoor stadium; the rickety wooden bleachers straining under the weight of crowd, many of whom wager on each round by throwing hands signals to a bookie making it look like a scene at the Chicago Mercantile Exchange.  The fight card lasted long into the night and I witnessed scenes which I thought only existed on old fight films.  It was an exceptional life experience.

I read to escape mostly and I was totally drawn in by Shogun.  I found it to be engrossing and educational at the same time.

Movies are a tough one.  One of my first jobs was as a theater usher so I love film.  I have favorites in most genres but overall I would have to say “Chinatown.”

As for musicians, I rely a lot on my wife who is a musician herself and Rock ’n Roll trivia grand master.  I’ll go with Neil Young who has an amazing and endless stream of brilliance.  But if you get the chance do not miss seeing Jake Shimabukuro and his miraculous ukulele (Really).

Have you not been paying attention to my earlier answers?

Ironically, sports talk radio.  Some hosts are okay, but once they turn on the phones it becomes an assinine-fest.  I’m sure there are smart people out there listening but they’re not the ones dialing in.

I have a vision of Heaven as a place where we see everyone we ever loved, or knew, exactly as we remember them best.  It would be an endless romp through the data of our memory banks with the bad times forgotten.  Why do I believe that?  Hey, it couldn’t hurt. 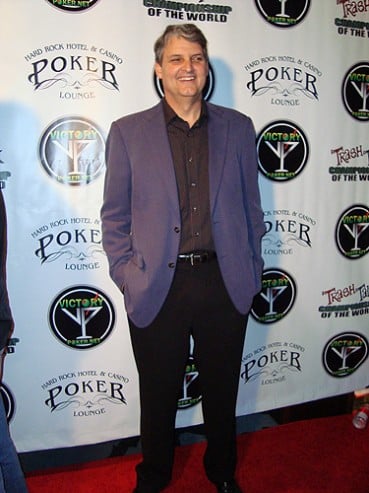