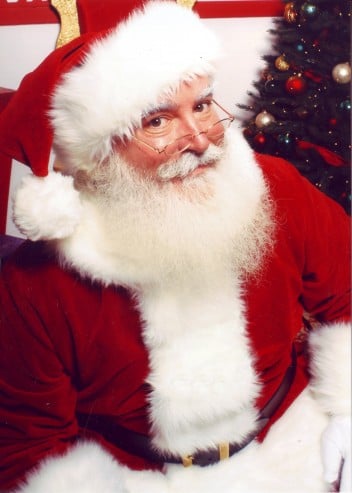 When it comes to celebrating Christmas, the secular humanist community is divided.

We aren’t Christians.  To us, the Bible is nothing more than historical fiction.  We don’t believe in the so-called “miracle” of a virgin birth which supposedly occurred 2,014 years ago on this very day under the Star of Bethlehem.  We don’t bow our heads in prayer, because no one is listening.  We certainly don’t adhere to ancient belief systems lacking tangible evidence, which were forged during the Bronze Age by ancestors prone to mass hysteria and superstition.  In short, we believe the traditional version of Christmas is entirely bogus.

Moreover, we don’t believe in the more contemporary version of Christmas either.  We reject corporatism’s insatiable intrusions, which have purposefully hijacked what might otherwise be the cheerful cultural celebration of a harmless myth into a gluttonous credit card orgy for predatory capitalism.  We disdain the powerful marketing tools designed to make us spend far in excess of what we can afford — from Santa Claus decked out in a red velvet suit promising presents to the good children, to Rudolph the Reindeer with his shiny red nose fashioned by a department store to ensnare even more children and ensure that the next generation remains tethered to the giant Kool-Aid tree — are based on blatant deception.

Then of course, there’s biggest fraud of all — the contrived scene in those annoying TV commercials with 27-year-old yuppies who buy the brand new $75,000 Lexus’ for a dearly loved one.  Yeah, right.  Like that really happens in our neighborhoods.  It’s all a bunch of lies.  Well, some of us refuse to go along with the herd.

Fact is, the manner in which Christmas is thrust upon all of society — targeting both the godly and godless with equal veracity — makes rebellion against all the pretense a noble virtue, and an easily justifiable one, at that.

Tom Flynn, a leading atheist writer and thinker, writes about his refusal to go along with the Christmas celebration frenzy in this month’s issue of Free Inquiry (magazine).  Flynn makes a convincing case that non-Christians marching with the willingly servile in the same parade is not only an intellectual surrender, but also potentially harmful.  Consider this thought.

What if being taught as a child to believe that Santa exists — that he knows everyone’s thought and behavior and visits every household in one night bestowing year-end gifts without regard to parental desires and economic status — is harmful?  Think about it.  Parents encourage children to form an enormous emotional attachment to an impossible figure who does impossible things.  Then, the kids learn that their parents — and everyone else in their lives — were lying to them.  Then, puberty.  What could go wrong?

I concede each of Flynn’s excellent points.  All of his actions and practices are entirely consistent with a strong personal belief system which is based on the basic tenets of secular humanism.

However, I also believe there’s a more constructive alternative to advancing the notion of science over superstition, and skepticism over an invisible sky daddy who knows and sees all.  I believe we win a lot more converts to the truth by acknowledging what’s readily apparent to just about everyone who celebrates Christmas and couldn’t possibly contemplate a life without presents and holiday cheer on December 25th.

What’s readily apparent is this:  Christmas is fun.

Coming Up:  In Part 2, I’ll lay out several reasons why it’s okay for secular humanists (and other non-Christians) to join the fun and be part of the festive holiday occasion.