For those of you who didn’t vote early — Tuesday, November 6th becomes your last chance to vote in this year’s election.

I live and vote in Nevada, which is considered a “swing state.”  This year Nevada residents have the added motivation of casting ballots that could actually make a difference in the presidential election.  But even those who reside in less-competitive states should vote, as the ballots cast in other races (especially House and Senate races) will go a long way towards determining the direction of our country.

Here are my endorsements:

There was a moment in last night’s debate when Mitt Romney’s aspirations of becoming the 45th President of the United States came to a shattering end.

Perhaps the worst was a rambling, waffling, embarrassing, and thoroughly revealing two-minute soliloquy towards the end of the duel when Romney was utterly exposed — not just as a pretty little deer caught in the headlights– but as what will mercifully become political road kill come November 6th.

Unable to lay a glove on the chin of a heavyweght champion with a stellar foreign policy record (thanks in large part to Secretary of State Hillary Clinton’s masterful stewardship), Romney increasingly found himself in agreement with many of the President’s policies, as the night wore on.

It became apparent to millions of Americans watching that the Republican nominee is so thoroughly inept when it comes to international affairs, that he would essentially outsource his entire foreign policy to the same group of neo-conservative zealots (those who make up his current crop of advisors) who slapped us with two unnessary wars costing our nation a terrible loss of lives and treasure, while enriching their buddies like Blackwater who are entrenched in the ultra-lucrative killing business. 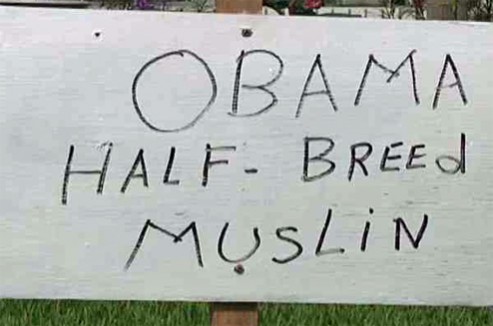 They’re willing to resort to any means necessary to defeat the incumbent President.

They will lie.  They will cheat.  They will steal.  And, then when that’s not enough to produce a voting majority, they’ll lie even more.

Consider the wacko disinformation campaign that’s been blasted from one inbox to another over the Internet ever since the name “Barack Obama” surfaced as a serious Presidential candidate, some five years ago.  Since then, we’ve witnessed a toxic assembly line of lies almost always consisting of fabricated junk meant to create confusion and hatred for the President — about his intentions, about his character, even about his patriotism and nationality.  I suspect that most of you reading today’s column have received these same emails occasionally, which are essentially nothing more than political garbage.

Invariably, they are easily debunked as completely false.  Most of the time, a ten-second Google search reveals most of this stuff is quite simply made up.  Yet, just as it’s difficult to scrub the ring out of a toilet bowl, the filthy concoction of lies continues to get passed from one scared little person to another, circling around in the right wing’s sewer pipes, pumped from one fanatic to the next.

We’re having a field day with this.  It’s a Liberal’s laugh-a-thon.  A three-ring binder circus.

Mitt Romney’s “Women in binders” comment is quite possibly the most memorable tagline of the 2012 Presidential Election.  It’s right up there with golden gems of the past.  Recall — “Extremism in defense of liberty is no vice….” “You’re no Jack Kennedy,” and “Are you better off now than you were four years ago?”

Apparently, Mitt Romney’s management style pretty much comes down to two things — balance sheets and binders.  If it’s profitable, go for it.  If it’s unprofitable, eliminate it.  But there’s a lot more to what I will term “Bindergate.”

Here’s a closer look at the files:

When I first heard the annoncement today, I thought it had to be a spoof.

There was no way this could be real.