Here’s my annual video tribute honoring the people in gambling, sports betting, and poker who passed away in 2020.

“Only You” performed by Sinead O’Connor (The Young Victoria — 2009)

Thank you to those who suggested who should be included and posted photos, some of which were used in the video.

Many casual wine drinkers think of Champagne (and sparkling wines) as special occasions reserved only for the holidays, such as Christmas and New Years.  However, I enjoy these lovelies year around!  Question:  Is there a better time to celebrate life than a drab Tuesday in the middle of February (or whenever?).  That’s when we need champagne the most!!!

Now, on to my review.

Today’s selection is way above and beyond my usual price point.  I’m typically a world-class expert on wines at $20 or less.  But a wonderful benefactor named Mickey Goldfine gifted me carte blanche on about a dozen exclusive wines, which means he paid for the privilege of letting me drink and write about wines (including champagnes) that I normally would not be able to afford.  And so, I selected the Vauversin Champagne, which earns one of the highest demarcations of official approval — the Grand Cru.

I’d never tried the Vauversin before. Let me be clear. I love and will support the boutique vineyards, which are smaller, often family-run estates. They aren’t the big names (DO NOT BUY DOM PERIGNON OR CRISTAL, which are ripoffs….the small family-owned vineyards are better champagnes for much less the cost). Vauversin is one of many champagnes which produce perhaps 1 percent the volume of the Dom, and drink much better at only 1/3rd of the price…..fastest way to know a clueless wine dope is seeing some rich dork who buys Dom and Cristal…..oh, is it clear yet that I LOATH Dom Perignon and Cristal? if not, let me make that VERY clear.

Okay, now to the Vauversin…..

This bubbly cost $62 a bottle.  That’s perfectly in line with Grand Cru Champagnes in this class.

First impression:  A bit more acidity than expected.  The Vauversin drinks a little sharper than other champagnes.  I’d also read about hints of strawberry, but I didn’t get that.  Instead, I give it a more metallic grade, which isn’t bad — just different.  Unique characteristics, worth trying.  But also not something that blows me away.

But you have to love the history behind this vintner.  This vineyard knows what they are doing (one reason I wanted to try one).  The Vauversin family have been making wine in the Grand Cru village of Oger since 1640!

“….sits on the chalky Côte des Blancs escarpment South of Epernay, an area renowned for its impressive Chardonnay Champagnes. The Laurent’s attitude and ethos towards winemaking is clear; be less intrusive, simpler and allow the full flavor and incredible subtlety of the Chardonnay grape assert itself.”

Final thoughts:  Glad I tried it.  Impressive.  Enjoyable.  But I wouldn’t pay $62 out of pocket as I think there are better comparables, and certainly as-good champagnes in the $35-50 range.

Again, thank you to Mickey Goldfine for making this experience and adventure possible. 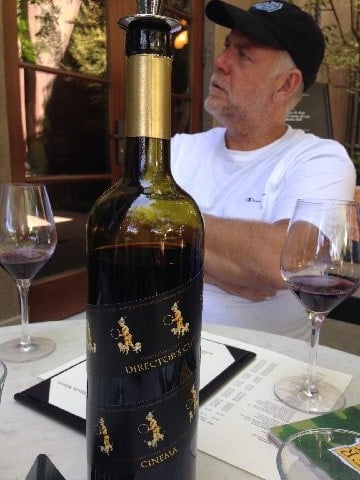 A STATEMENT TO MY READERS:

Way too much work.  Oh, sure.  I’m going to keep on capping the games.  And, I’ll keep betting on my own and with one syndicate I manage.  But I’m finished writing and posting for the season.

Hence, this moment will officially mark SEVEN out of NINE winning seasons.  Let that sink in.  2020:  Finished 27 games over .500.  Finished up 29 percent on bankroll for the season.  All free picks.  Always posted in advance.  And that’s after being in the hole during the first part of the season.

Show me any gambling site anywhere with these numbers.

Even a handicapping paysite would salivate for these percentages.  SIXTY percent winners on 161 plays?  Find me a link that has this rate of return.  Post the link.  Share it, because I want to see it.  Fact:  No one has posted these numbers anywhere over this length of time.

I’ve watched the traffic here and NFL bettors don’t seem interested in honest results, as before.  That’s fine.  So, do your own thing.  I got better ways to spend my afternoons.

Seems most bettors out there are far more interested in reading news stories about dumb rich guys making “whale” bets at sportsbooks (which mean absolutely nothing) or watching people on TV or YouTube that no one has ever heard of who fail to track their results and have zero histories as credible sports handicappers.  That’s what sports handicapping on social media has turned into — a show and a circus.  Well, go follow those people on Twitter.  I’m not going to try and compete with that anymore.

Thanks to those of you who have been around and stuck it out with me, this season, and during the many years I’ve been doing this.

DONE FOR THE SEASON.

It’s been an outstanding run during the last four weeks.  Thursday’s wagers went a perfect 4-0, which now puts me significantly ahead for the season.

I’m particularly proud of the turnaround because September and October were terrible months.  Let’s face it.  The NFL is tough enough to predict under “normal” circumstances, but add the unique challenges of the current pandemic and all the associated activities which are impacted, and randomness appears to be even more prevalent.

There remains a very long way to go until the end of the current football season.  However, my shift away from sides and traditional analysis, largely based on motivation and situations to first-quarters, first-halves, second-halves, and team totals has produced some extraordinary results.  With about 75 plays during the last three weeks, these picks have hit about 66 percent.  Overall this 2020 season, all of my plays combined are hitting 57 percent.  With 144 wagers recorded, thus far, that’s stellar.  I’m also getting a little luckier than I should.  But these results are very encouraging.

This leads me to work more on the reasons for success.  Note that my biggest contribution to sports gambling and the science of football handicapping happened 20 years ago when I came up with SECOND HALF BETTING ANGLES, which were widely copied and posted and became a fixture in the sports wagering lexicon.  I think I may have discovered something similar here in terms of potential.  If these quarters’ wagers continue at the current success rate, I’ll try to data-mine more years of results and sometime in the future release a similar guide for FIRST QUARTER WAGERING.  Excuse me for bragging, but I’ve put lots of work into this, and no one has any idea of all the angles that look good early and then fall apart (for every angle that works, 99 do not — and then win percentages usually fade as bettors catch on the numbers adjust).  So, it’s a thrill to dig and dig and dig, and then (possibly) strike gold.

See Week #12 picks below, which are mostly a continuation of quarters, halves, and team totals.  Also, note that I do post a few SECOND HALF plays onto my Facebook account, which are recorded (and easy to see in advance).

No Best Bets this week, which are faring poorly.  So, I’m now flat betting all the wagers.

Another winning week puts me up for the year and feeling confident heading into the regular-season homestretch.

Two games are scheduled for Thanksgiving Day.  Here are my four wagers, with halftime wagers possible and posted at Facebook, which can be followed easily.