I’m attracted to historical biographies.  Perhaps it’s an inherent sense of curiosity combined with the obligation to spend at least some measure of time reading the works of dedicated authors who in rare instances spent not merely years, but decades conducting extensive research and ultimately giving new life to people and subjects we thought we already knew well, but may have misunderstood.

Such is definitely the case with one of my favorite books, The Power Broker:  Robert Moses and the Fall of New York, the 1974 Pulitzer Prize winner for non-fiction.

Such is also the case for any of the four other Robert A. Caro books on Lyndon B. Johnson, clearly the most thorough research and writing exercise ever conducted on a U.S President by one man.  Such is also the case with John Adams by David McCullough, arguably our most noted historian.  I could go on and on.

Such is also the case with “Mao:  The Untold Story,” written by Jung Chang and Jon Halliday.

So, I’m sitting in a strange airport reading the New York Post, a ludicrous enough notion without divulging the contents of an article which left me aghast.

According to the news story, at this very moment, the world’s best-selling author is someone named “E.L. James.”  For those of you still pretending not to know who this cretin is, she’s the reigning queen of smut, the author of a series of best-selling books which all began with something called “50 Shades of Grey.”  Think of a Harlequin romance novel, only sloppily written and with bondage.

Her trilogy of books are rip-your-hair-out dreadful, a twisted cauldron of old Penthouse letters and contrived sadomasochism illuminated by the narrative style one might expect from a Monday Night Football broadcast.  The basic storyline is some lonely woman falling for a rich guy (why is the prince of the story always rich — why not a truck driver?  Can’t truck drivers be sexy, too?).  Their sexual trysts gradually become more intense to the point where she’s pretty much reduced to wearing a collar, getting whipped by a riding crop, and barking like a dog.

Spurred on by the unlikeliest of commercial successes, EL James has now surpassed the Stephen Kings, the Danielle Steeles, the Anne Rices, the Sydney Sheldons, the Tom Clancys, the Tom Wolfes, and essentially every other iconic writer in the world — at least when it comes to standing atop the profit pyramid.  Her (three) books reportedly earned $93 million just this past year.  Meanwhile, I know more than a handful of truly gifted writers who penned excellent narratives recently who can’t sell enough books to earn back their publishing advance.

“Suddenly, he sits up and tugs my panties off and throws them on the floor. Pulling off his boxer briefs, his erection springs free. Holy cow! … He kneels up and pulls a condom onto his considerable length. Oh no … Will it? How?”

“Suddenly he grabs me, tipping me across his lap. With one smooth movement, he angles his body so my torso is resting on the bed beside him. He throws his right leg over both mine and plants his left forearm on the small of my back, holding me down so I cannot move … He places his hand on my naked behind, softly fondling me, stroking around and around with his flat palm. And then his hand is no longer there … and he hits me—hard.”

What worse is — there’s a movie coming.  I’m expecting “Twilight:  The Movie” meets “Mommy is a Gang Bang Slut.”  How they’re going to shoot this and make it “mainstream” is way beyond me.  Was I the filmmaker, I’d just drop the pretense and go ahead and make this an updated version of “Last Tango in Paris,” the 1973 shocker starring Marlo Brando coming off his Oscar-winning performance in a mesmerizing psycho-sexual slice of neo-realism.  Make the movie, accept the X-Rated classification, which would at least be true to the author’s creative vision of graphic sexual fantasy.

Of course, this won’t happen.  Hollywood won’t let it happen.  Instead, be prepared for “50 Shades of Light Grey:  The Movie.” 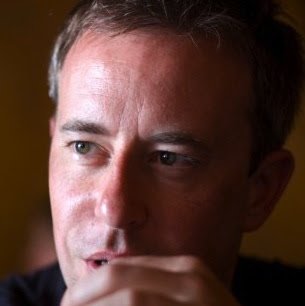 Brad Willis is a popular writer and blogger from Greenville, South Carolina.

British author Anthony Holden has long been one of my very favorite dining and drinking companions — particularly when we agree to partake in a liquid diet. 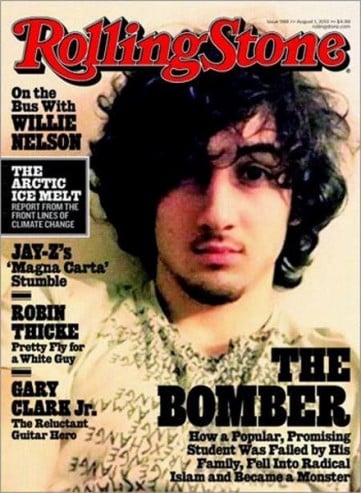 Rolling Stone magazine isn’t what it used to be.

But it tries to remain relevant.  And it occasionally still is.  Like this month.