On my long list of the last people I want to talk to over the telephone, receiving an unsolicited call from a telemarketer trying to pimp me “advance cremation arrangements” has to rank somewhere between the fake IRS agent with the indecipherable Nigerian accent threatening to imprison me, and a robocall from Republican Danny Tarkanian, who has lost eight straight political races in this state and runs for office every time there’s a full moon.

The Fine Line Between Civility and Civil Disobedience 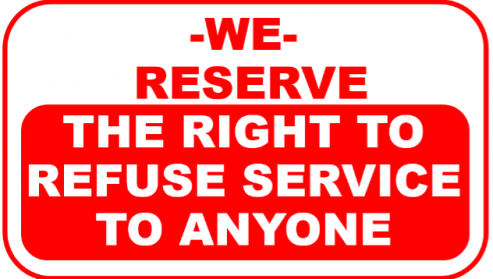 Should public figures, including people we despise, always be entitled to normal common courtesies?  For example — what if the most offensive human being you can think of suddenly walked into your place of business?  Would you serve him/her?

I’m torn down the middle by the Sarah Huckabee Sanders-Red Hen restaurant controversy.

“I may be wrong. I may be standing in front of you in six months and say, ‘I was wrong.’ I don’t know if I’ll ever admit that, but I’ll find some kind of excuse.”

I recently went to dinner with poker legend Doyle Brunson.

Prior to this interview, which took place at Roma Deli in Las Vegas in May 2018, I asked Doyle to come up with a list of his “20 favorite westerns.”

Today, the United States Supreme Court struck down a federal law which prohibited most states from allowing legalized gambling on sporting events.

By a 6-3 vote, the high court’s ruling overturned the Professional and Amateur Sports Protection Act (PASPA), which was a 1992 law that banned state-authorized sports gambling (aside from Nevada).

What does this ruling mean?  Well, it’s really good news for sports gamblers.  It’s even better news for many states and companies with the infrastructure to begin offering sports betting.  And, it’s fabulous news for the State of New Jersey, and especially Atlantic City, which has experienced a steady decline in popularity as a recreational gambling destination over the last 20 years.

Here’s my list of the winners and losers in today’s historic decision which is expected to drastically alter the American sports gambling landscape.

Here’s a List of Movies Where I Walked Out….

Last night, I almost walked out of my first movie the year.

But morbid curiosity kept my ass parked in the seat and my eyes fixated on the screen.  This movie has to get better — I thought to myself.  It just has to.  So, I decided to stick it out until the very end.

Big mistake.  It didn’t get better.  It got worse.  Way worse.

What does it mean on social media to click the “like” button?  Liking something may not always mean what you think.

Everyone wants to be liked.

On social media, likes are the metric used to measure popularity.  Likes are an affirmation of mass approval.  Admit it — we’ve all checked to see if someone liked our posts.  When you see a dozen likes, it feels pretty good.  When you see zero likes, it kinda’ hurts.  Social media has become a coterie of high school cheerleaders.

Are the Family Members of Politicians Fair Game for Criticism?

Yesterday, the husband of Trump Administration spokesperson Kellanne Conway was caught deleting a series of personal tweets that were highly critical of the president.

My question is — why?

Las Vegas is the New Mall of America

Given a national tidal wave of retailer bankruptcies and thousands of store closures, why does the Las Vegas Strip defy all odds and increasingly look like the new Mall of America?