Were I to chose one word to describe Terrence Chan, that word would be…. genuine.

Terrence is one of the most genuine people I have ever met and known.

Not many of us get portrayed in a movie by an Academy Award-winning actress.

So, how exactly shall I introduce Linda Kenney Baden, other than to say even though Helen Mirren won a Screen Actor’s Guild award for her spot-on likeness of the famed New York City criminal defense attorney and former prosecutor, the far more interesting drama has been played out in the real-life experiences of Kenney Baden, for all her personal and professional accomplishments. 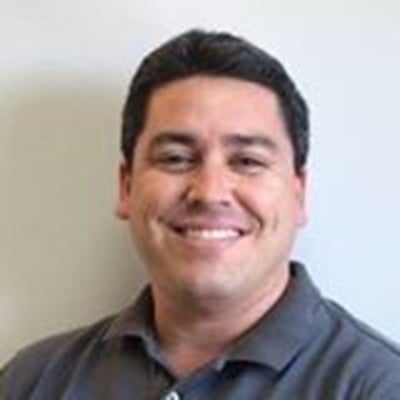 I can’t explain it, but for some reason, poker has attracted some extraordinarily talented writers in recent years.

Arguably, foremost among this generation currently pushing boundaries and giving us all in-depth news and fresh perspectives almost daily is Robbie Stazynski.  Somehow, living in a faraway land works to his advantage.  He sees what many of us don’t see.  He hears things we don’t hear.  He contemplates thoughts we don’t ponder.  And, he says and writes what many of us can’t (or won’t) say and write.  Indeed, Strazynski’s body of work is consistently bold and brave, much like the 33-year-old himself, who has lived a full life that’s the subject of admiration and intrigue — this from my perspective.

Strange thing is — I have almost nothing in common with Strazynski.  We hold vastly different religious views.  We are at odds politically.  We have opposite views on the Middle East, and U.S.-Israeli relations.  Still, I do enjoy and often learn from what he writes and says when he speaks his mind, which has become a perpetual dialogue.  I have come to respect his passion.  I do appreciate Strazynski when he speaks his mind in whatever forum he so choses, whether it’s about poker or politics.  And after hearing his viewpoint, I feel as though I’ve gained something.  Unfortunately, this respectful discourse between activists is rare nowadays.  Sides that don’t always see eye to eye have become entrenched in echo chambers of isolation.  I suppose that’s the biggest reason that I cherish this unusual friendship that we’ve developed just over the past year. 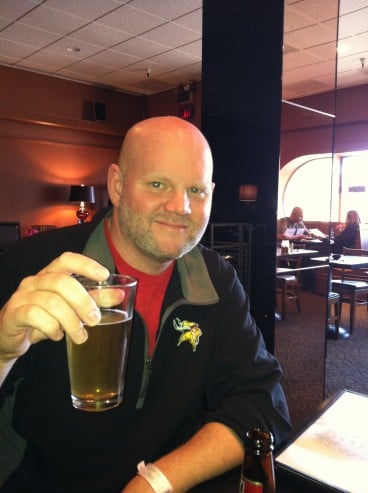 The first time I ever met Todd Anderson was ten years ago inside the Golden Nugget coffee shop, in Las Vegas.

My first impression of Anderson was that of an imposing figure, standing at well over 6-feet-tall, with all the physical features one would expect of a bouncer working the night shift at a biker bar.  But as I came to better know Anderson, I realized he was more of a gentle giant, than a battering brawler.  The biggest thing about Anderson wasn’t his stature — it was the breadth of his ideas and the splendor of his vision.

On that memorable spring afternoon in 2005, Anderson first rolled out his dream of creating a new nationwide poker tour.  I’d heard this kind of crazy talk before from stargazers.  Someone magically appears on the poker scene out of nowhere, and hallucinates mad delusions of how they alone will re-invent to poker wheel, unaware of all the complexities and pitfalls involved, nor the amount of work that’s required in order to succeed.  In poker, dreamers do come and go — both at the tables and behind the scenes.  Fueling my apprehension, Anderson was from a place called “Fargo” — as in North Dakota — that quirky caricature of Coen Brothers fame, hardly the incubator of innovative ideas, nor an epicenter of poker action.  As I said, my initial reaction was skepticism.

But the more I listened to Anderson’s sales pitch magnified by genuine enthusiasm, the more I became convinced that not only was this newcomer to the poker scene onto something that was potentially really, really big, but he was also the right man to pull it off.  Anderson popped open his laptop and shared the rough cut of a trailer from the new show.  That was the first time I’d ever heard of something called “The Heartland Poker Tour.”

As they say, the rest is history.  While the World Series of Poker and the World Poker Tour coddled the poker elites with big-buy-in attractions and grand spectacles, Anderson’s vision of a more casual tournament series for everyone else was a master stroke in understanding the mass market and providing a platform for far greater numbers of poker players who also shared dreams of competing in high-profile events and being featured on television.  Initially based in the American Midwest, true to its name the Heartland Poker Tour became a weekly show and gradually expanded to every region of the country.  By its seventh season, HPT was filming so many events around the country, their calendar year was full.  Anderson not only conquered the odds and overcame mass skepticism from the poker establishment, myself included, he realized there were even bigger things ahead.  Anderson later sold off his company for a healthy sum, deciding it was time to move on and do something else.

I thought I knew Chris Hanson.

Then, I read his responses to the most recent “Facing the Firing Squad” series (which are posted below).  That’s when I realized how much I didn’t know about this remarkable man who always seems to be the most popular person in any room, wherever he’s present.  From his answers, both honest and revealing, I came to realize what an uncommonly positive person Hanson is, and why he’s such a joy to be around and work with.  In short, to all who are privileged to know him, Hanson is an inspiration.  He’s genuine.  He’s the real deal.

Hanson is probably best known to the general public for two roles in media.  First, he’s one of the on-air personalities of the top-ranked morning radio show in Fargo, North Dakota– called “Chris, John, and Jane in the Morning.”  Second, he’s the host of the nationally-televised weekly program that airs primarily on CBS Sports, called “Poker Night in America.”  Hanson has also done lots of other work in radio and television over the past decade, mostly in sports.