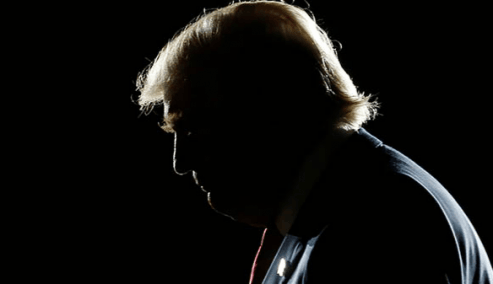 It is certain, in any case, that ignorance, allied with power, is the most ferocious enemy justice can have.

Often I get asked, “why resist?”

Why spend so much time and energy resisting President Donald Trump and the many outrageous things he says and does?  Why even bother?  What difference does it make?

That’s a fair question.  So, permit me to answer it.

We resist because, if we do not, by default, we accept his behavior as normal.

What we are experiencing is not normal, nor should it be.  There’s nothing normal whatsoever about Trump — either the person or the president.

— Grifting for personal gain while in office isn’t normal.

— Calling the press “the enemy of the people” isn’t normal.

The Trump Presidency has devolved into a malignant tumor.  To ignore this tumor and do nothing means letting the sickness grow and get worse.  That’s what happens if we do nothing.  Accordingly, the tumor must be stopped.  It must be cut out and discarded.

I’ve never seen anything like President Trump before, certainly not in my lifetime.  The grotesque things he says and does have become so commonplace we now risk losing our capacity for shock and outrage.  We’ve already begun dismissing excruciating acts of pure pettiness with the rather pathetic excuse that it’s just, “Trump being Trump.”  We’ve begun to laugh off his clownish stupidity as a running joke, as though governing has become a sit-com.  It’s like being punched in the face so many times, we no longer feel any impact.

A toxin the magnitude of Donald Trump would have been unthinkable a few years ago.  Insulting a former prisoner of war, humiliating the grieving family of a fallen soldier, questioning his own generals, abandoning the entire intelligence community, promoting outlandish conspiracy theories about the Federal Bureau of Investigation, defying federal judges and courts, disregarding our neighbors to the north and south, and east and west — any one of these transgressions would have instantly disqualified anyone else from high office.

Yet, here we are.

We’ve listened to his vile words.  We’ve read his ugliest inner thoughts on Twitter.  We’ve seen and heard a constant stream of reports of his childish mental fragility behind the scenes.  This man will not change.  We recognize these countless examples of despicable behavior are not moral lapses, nor ethical outliers.  President Trump’s incalculable number of gargoylisms aren’t gaffes, nor the mistakes of a teleprompter.  Rather, they are intentional.  Chaos and confusion and the constant threat of humiliation via Trump’s impulsive reprisals as though he holds the Sword of Damocles over all within his fiefdom are the Modus Operandi of his daily regiment.  It’s entirely calculated.  It’s who he is.  It’s who he s always been — a terribly insecure man utterly consumed with showmanship who’s willing to trample every tenet of human decency in order to protect his wealth, his power, and his image.

This is not Trump derangement syndrome.  The only derangement is within the White House.  We refuse to allow Trump and his horrors to become normal.

This is why we resist.