The Tipping Point on Gay Rights 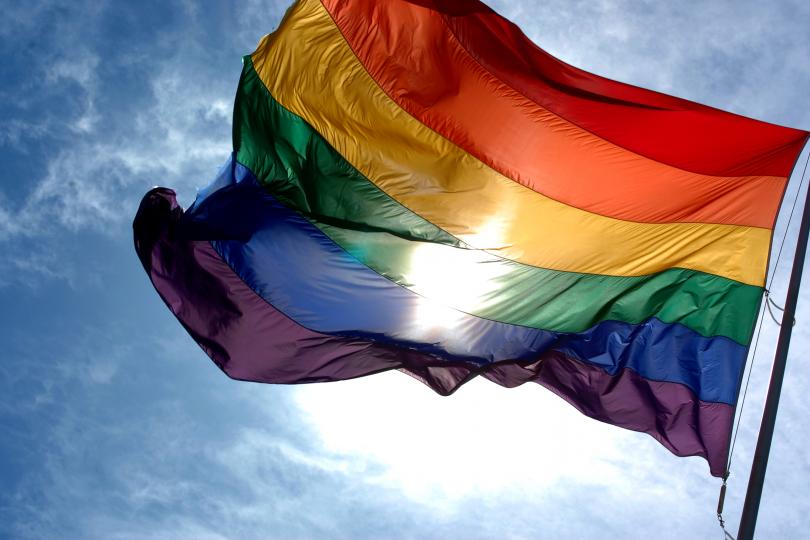 As is regularly the custom, speakers from various organizations show up at these meetings to inform and educate those of us in the audience on important issues of the day.

James Healey was the latest guest speaker.  He’s a progressive activist who also works full time as a casino executive for MGM-Mirage corporation.  Healey previously served as a legislator in the Nevada State Assembly.  He also happens to be gay.

I normally wouldn’t mention that, because it’s no more relevant than if he has blue eyes or brown eyes.  But since our nightly topic of discussion was gay rights, which are now under serious threat by the Trump Administration (and many state legislatures and localities — which lean Republican), his presentation was accompanied by both an added sense of passion and urgency.

Let’s be clear.  To our credit as a nation, American public opinion has evolved rather quickly on the once-controversial topic of gay rights.  Virtually everyone now knows someone who’s openly gay.  Popular television shows and movies feature gay characters, who are usually portrayed in a positive way.  Young people overwhelming see a person’s sexual orientation as a total non-issue.  The stats don’t lie — For the first time ever, a majority of the country believes gay people are entitled to equal rights and protections, including marriage equality.

That’s all a good thing.

After I heard the talk, while driving home, I pondered my own mental and emotional “evolution” on the subject of gay rights.  I’m not proud of this, but as a teenager, I used to engage in the typical pranks of philistine adolescence, which — sorry to say — included making derogatory remarks about those who were suspected to be homosexual.  I used insensitive slurs, including “faggot” and other mean words on regular occasion.  That didn’t make me a bad person.  Those actions were however, a reflection of my ignorance, and to a greater extent — a lack of exposure to the full diversity that makes up the American Experience.

I’m not sure there was any single moment that qualifies as a “tipping point” for me on gay rights.  That is to say, I don’t remember any specific incident that transformed me from the typical brutish-acting macho straight guy into someone far more empathetic and compassionate for people who on other times would have been inviting targets.  Perhaps it was attending college and simply being exposed to new ideas.  Maybe it was getting older and wiser.  Probably, it was working long hours in bars and restaurants, a trade where I regularly encountered people who were openly gay.  That was way back in the early 1980’s, an era that wasn’t nearly as tolerant about alternative lifestyles, as today.  There was also the terrible AIDS scare happening at the time, which certainly didn’t help straight culture to better understand gay culture.

Maturity, I believe, is incremental.  It’s all a gradual process.  Over time, I came to understand that gay rights was to our time as the civil rights struggle was to the generation which proceeded us.  And today, there are other noble causes, and there will me more things to fight for in the future.  The struggle for justice never ends.  There’s always a voice in the dark needing aid and comfort from torment.  Freedoms are an obligation to be protected by all, whether we agree or not with those whom need our support.

What I wonder is this — what made most of us (who are straight) to come around on the subject of gay rights?  Was it watching Will and Grace?  Was it finding out that a friend or loved one was gay?  Was it a personal experience that changed your mind?  What was it?

I think this is a critical question to ask because it provides a list of formulas that are proven to be effective.  If many of us who used to sling cruel derogatory slurs could evolve and ultimately become outspoken advocates of gay rights (which includes many reading these words right now), then we should try to employ those same tactics and with others who haven’t caught on yet in the future.  My belief is this — nearly everyone is capable of being swayed on this issue, dare I say — even conservatives and religious people.  I do believe many conservatives and religious people are good people who want to do the right thing.  Perhaps those who continue to strongly oppose justice and equality for all simply haven’t been approached yet….in the right way.  Our mission must be to find ways to reach them.

To be clear, there is a vocal contingent within the gay activist movement which vociferously rejects the notion of gaining “acceptance” from mainstream society.  Rightfully, their belief is that human rights and legal protections aren’t souvenirs to be handed out by the majority as though they’re providing favors.  In other words, they don’t give a damn whether you approve of them, or not.

Good for them.  Defiance can indeed be courageous.

However, since the potential rollback on gay rights is now very real in this country (and certainly continues to be a monumental problem in many foreign cultures), it would be advisable for those of us who are engaged in the fight to try and better understand on what works, versus what doesn’t.

And so, I ask those of you who wish to contribute to our understanding of this issue:  What, if anything, was the major turning point that transformed you from either opposition or indifference, to being a supporter of gay rights?

Obviously, this question is geared to those who have successfully evolved on this issue.

To those of you who haven’t yet, we’ll get back at you later.

A final thought:  I would be remiss were I not to point out Mr. Healey’s observation that Nevada, while progressive on many other issues, doesn’t have much to brag about on this issue.  Yet, strangely enough, within the poker culture, gay rights enjoys widespread support.  Many top poker pros who are openly gay, which makes poker way ahead of other competitive enterprises.  That’s something to be proud of.