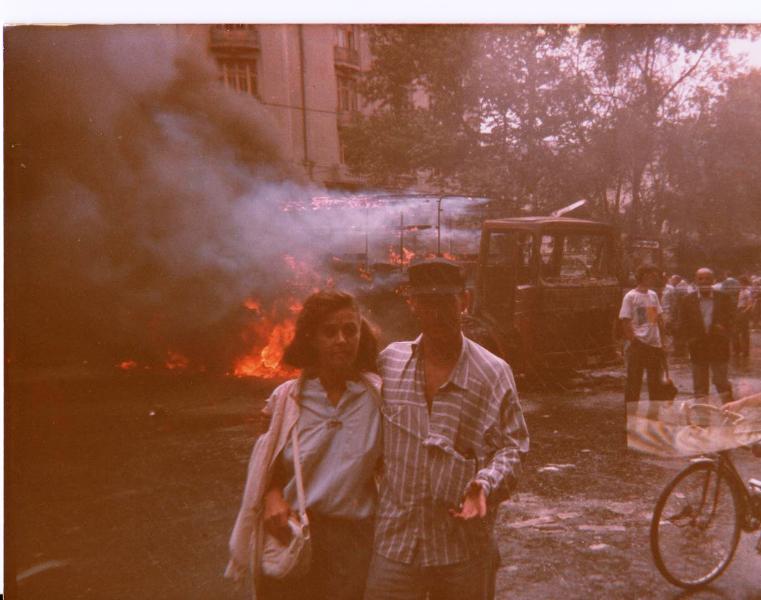 Today marks an anniversary, of sorts.

Thirty years ago tonight, March 6, 1990, I went on my very first date with Marieta.

I went on a blind date with a Romanian girl named Marieta Petre. She lived across the street from the national soccer stadium in central Bucharest. I picked her up at 6.

The instant I laid eyes on her, I thought I stood no chance. There was no way this was happening. She was too beautiful. I suppose it was that sense of having nothing to lose that made me relax and somehow carry on a dinner conversation that was good enough to keep her interested, leading to a second date.

Our first date was at Pescarus (which is still in business). But, thinking my chances of developing a serious relationship were at best a longshot, our second date wasn’t until after Easter, in late April.

The most interesting thing about our unusual courtship was that it all took place just as Eastern Europe’s Iron curtain was falling and the future was uncertain. Bucharest was in chaos for six months after the revolution, with marches, protests, and sporadic outbreaks of violence.

We “dated” almost every day. I got off work at the Embassy around 5. Marieta, who worked for the nearby office at Manufacturers Hanover, got off about the same time. We met up at the daily protests at University Square, which were filled with 5,000-10,000 people every single day.

One afternoon, the provisional government which was fragile and struggling to hold power, tried to break up the protests and sent in the Army. Thousands of troops tried to clear the streets. That caused the crowd to riot, torching vehicles and breaking lots of windows.

Someone took this photo of us during one of the riots. It’s our first photo together.

After the riots, that just made the protests grow larger. Crowds were so large that it was often difficult to find Marieta. So, we made a pact that we’d meet at the burned-out Army truck each day at 5;30. I think this burned Army truck sat in the streets for three months.

I have lots more fun stories to share and the old photos are fun to go back and look at — and remember. I’ll share a few more over the next few months.