Ten Issues Where I Agree with Conservatives 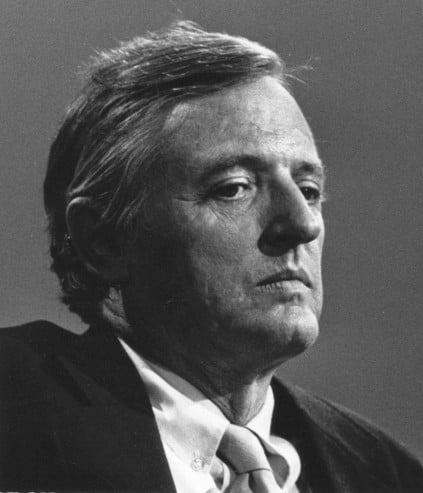 What troubles me most when discussing important issues is close-mindedness.  Call it a cancer on communication.  This seems to be an epidemic right now.

People who insist their minds are “already made up” and can’t be changed annoy me.  Surely, unexpected events and unforeseeable circumstances may come about that should make us re-evaluate what we think.  The acquisition of knowledge isn’t finite.  One’s personal belief system is more of an evolution.  What we believe is true today might prove demonstrably prove false tomorrow.  People and institutions we trust at this instant could violate our confidence later.  If history has taught us anything, it’s that unpredictable events can (and do) alter the way we look at ourselves and the world.  Just think of revelations in your own life which changed your perceptions about things.  Recall those you once trusted who later turned out differently than expected.  Indeed, our most profound memories are not necessarily confirmations of beliefs we think to be true.  More often, enlightenment stems from unexpected discoveries of something new.

Indeed, questioning one’s ideas should be an ongoing process.  I do this constantly (no doubt, a by-product of writing daily).  If you are not continuously asking yourself questions about what you believe, then chances are you probably don’t bring much original thought to a discussion.  Looking back now, my own belief system changed (or evolved) significantly over the years — about politics, religion, morality, the sports teams I root for, and just about every other subject I can possibly think of.  I don’t believe the same things I thought were true when I was 20.  I’m not the same person I was at 30.  I can even point to fallacies in my belief system when I was 40.  Now in my early 50’s, I continue to plod ahead and re-evaluate issues based on on my personal experiences and the evidence I encounter.  I’ve come to view changing one’s mind not as weakness.  Rather, I see that as a sign of strength, an indication of personal growth — and most important, an open mind.

That said, I generally favor a progressive political, economic, and social agenda.  I’m a committed socialist.  I adhere to many of the basic tenets of classic Marxism.  Moreover, I’m an avowed anti-theist (which often gets confused with atheism, not quite the same thing).  I also love to laugh and adore animals.  I suppose I could change my mind about politics and religion at some point in the future if confronted with unmistakable evidence to the contrary.  But nothing will pull me away from laughing and loving animals.  Perhaps I’m just as stubborn as everyone else, in some ways.

So, where do I break from the classic liberal/progressive philosophy?  To answer this question and prove how truly “open-minded” I am, I’ve assembled a list of ideas and concepts where I generally agree with conservatives.  Here they are:

1. I believe all individuals are primarily responsible for their own actions — I’m a big believer in taking “personal responsibility,” a favorite rallying cry of conservative philosophy (by the way, I also believe in “social responsibility,” one of the precepts of liberalism).  All actions have reactions — and individuals, institutions, corporations, a nations must be willing to accept and then face the consequences of the decisions they make, whether right or wrong.

2. I believe the retirement age for Social Security benefits should be raised to at least 70 — When Social Security was first introduced during the 1930’s, the average life expectancy in the United States was 60.  Now, it’s 75.  Our national retirement system remains one of the most successful government programs in American history.  Accordingly, it must be protected in order to remain solvent for future generations.  Demographic shifts (we’re now living longer, less young people are playing into the system) mandate that we adjust the retirement age for benefits.  Liberals generally oppose raising the retirement age, in my view corrupted by political considerations (i.e. raising retirement age would be immensely unpopular).  Some fiscal conservatives are willing to face facts and support what appears to be the more responsible position.

3. I believe we should eliminate most government-funded pension plans — Working for a local, state, or federal agency doesn’t entitle someone to a lifetime of salary and generous retirement benefits.  Many pension plans are now bankrupting localities all across the country.  A government worker can put in 20 years of service, and then potentially live another 40 years way beyond retirement age, continuing to receive a steady stream of benefits.  This crisis was best summed up by a local county commissioner in California who recently lamented, “Sure, we can afford to pay our current policemen, firefighters, and teachers — but we can’t afford twice as many more who are now collecting retirement.  It’s killing us.”

4. I believe in cutting off all foreign aid (except when there’s a humanitarian crisis) — The United States has been the sugar daddy to much of the world for much too long, without sufficient returns on our investment.  Accordingly, it’s way past time to cut off virtually all foreign aid across the board and let other countries deal with their own problems (I also favor U.S. military disengagement from most parts of the world).  The savings to American taxpayers would be enormous and these funds which often prop up horrible regimes could instead be funneled into improving our domestic infrastructure and creating jobs programs.  Let Pakistan, Israel, Egypt, and all the other nations which are currently sapping billions in no-strings attached assistance from the U.S. finance their own domestic agendas.  We’ve got more than enough problems over here already.  Note that this isn’t actually a conservative position, but it is one of the major planks of Libertarianism (who purport to be “true” philosophical conservatives).

5. I believe in legalizing almost all vices (drugs, alcohol, gambling, sex, etc.) — Social conservatives (sometimes referred to as religious conservatives) are the primary obstacle to personal freedom on several key issues.  However, Libertarians tend to favor legalizing most forms of vice — including drugs (certainly marijuana), alcohol sales, most forms of gambling, prostitution (including repealing old laws which forbid various sex acts, even homosexuality in some locales), and pornography.  I generally favor legalizing everything (including hard drugs), which is admittedly an extremist Libertarian position.  The so-called “wars” against various forms of vice have all failed miserably, starting with Prohibition during the 1920’s continuing with the “War on Drugs” today.  These policies are terribly costly to our society.  They create a powerful underclass of violent criminals, they boost organized crime syndicates and cartels, and they cause us to lock up more than a million people now in prison for drug-related offenses.  Across the board, government restrictions are not working.  So, let’s repeal them.

6. I believe in eliminating all state lotteries — I despise lotteries.  The government has many responsibilities, including providing for public safety and security, protecting the rights of all citizens, and (in my view) establishing a minimal level of sustenance for all people including a basic level of education, guaranteed health care, and a livable earning wage.  The government should not be in the gambling business.  Moreover, the disproportionate harm done by lotteries to poor people is utterly irrefutable.  This is one of the most appalling public policy blunders of our time.  While casinos and online gambling should be permitted everywhere, states should not be in this business other than as regulators.  State lotteries offer the worst possible mathematical odds of any form of wagering, and for the government to be encouraging this type of behavior is scandalous.  This is one issue where conservative religious organizations and moralists are absolutely correct.

7. I believe in promoting the use nuclear energy — Environmentalists once raised many good points about concerns as to the safety of nuclear energy.  But that was during the 1970’s and 1980’s when this relatively new form of technology was still untested and unproven.  Now that many nations have successfully developed and maintained safe nuclear power plants (there are 438 plants now operating worldwide, and 67 more are now under construction — only 5 inside the United States), we should ramp up this vital energy option as a viable alternative to fossil fuels which are limited.  We’ve let 36 years lapse since the Three Mile Island crisis (no one died), so it’s become imperative to catch up with advances in technology and use science to our collective benefit.  Conservatives generally favor the use of nuclear power.  Liberals (environmentalists) have strongly opposed this energy alternative for decades.  This is one issue where conservatives have it right.  More nukes.

8. I believe that college education should not be free — Bernie Sanders and I agree on many issues.  We don’t agree on this one.  Sen. Sanders is currently proposing tuition-free public universities, as is the national policy in many other industrialized countries.  While well intended, making college “free for everyone” is both far too costly and impractical.  We already have a glut of college-educated graduates, many of whom are currently underemployed in this economy.  Adding millions more with college degrees, while also removing them for up to four years from the workforce, doesn’t guarantee a payoff.  Instead, trade/tech schools and vocational institutes should become our primary focus of post-high-school education in America.  We need more plumbers, carpenters, and mechanics.  Universities will always manage to attract applicants, and the emphasis on getting a college degree has only driven up the costs of education, without much tangible benefit to society.  We have more college graduates now that at any time in history.  But that certainly hasn’t made us smarter.  One more point — as with most Liberals, I do favor government subsidizing the costs of high education through grants, institutional aid, guaranteed student loans, and so forth.

9. I believe in alternative views of American history (i.e. history has often been wrong) — I’ve grouped these thought into a separate “miscellaneous” category.  On the presidents:  A) President Clinton was guilty of perjury when he lied to a Grand Jury and should have been impeached from office, if he didn’t voluntarily resign.  B) Richard Nixon was, in the words of progressive icon Noam Chomsky “our last liberal president.”  Aside from his monumental character flaws, Nixon’s domestic agenda was are more progressive than just about anyone, including Kennedy’s.  C) John F. Kennedy was a fraud and without doubt most overrated president in history.  The 35th U.S. president did little to advance a progressive agenda.  Despite the riots, lynchings, bus bombings, sit-ins, and the biggest issue of his day, Kennedy didn’t make a formal statement on civil rights until two and a half years into his term.  That’s almost “Hooveresque.”  D) President Obama has been a moderate president, hardly the dangerous “socialist” that his opponents feared.  To the contrary, the wealthy have become wealthier and the stock market has more than doubled.  That’s not very “socialistic.”

Okay, so that’s only nine things where I agree with conservatives, instead of 10.  Sorry, but I couldn’t think of anything else.  And I think I burst a blood vessel trying to come up with one more, but to no avail.

Now for a final thought.  Allow me to challenge you personally.

What are some issues where you agree with your political and philosophical opposition?

It doesn’t matter whether you’re liberal or conservative, or stuck in the middle.  There must be at least one issue where you don’t agree with your party, your religion, your company, your family, or your co-workers and friends.  What do you believe in?  What do you stand for?

Hopefully, you stand for the principle of examining the evidence from a variety of credible sources and then drawing conclusions based — not on prejudice, nor tradition, nor parents, nor peer-pressure, nor simplicity, nor fear, nor ignorance — but on the simple precept of what is true and just.

To that end, there can be no higher plateau of aspiration.