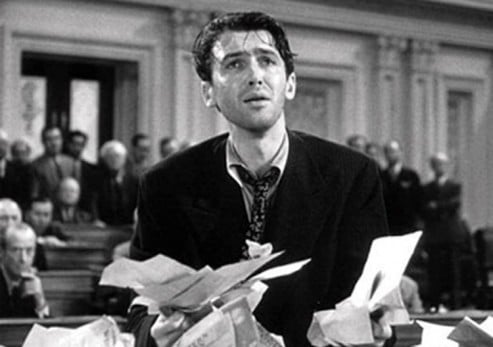 Most of my yesterday was spent on Capitol Hill in Washington.

We were filming and interviewing for what promises to be one of the more interesting upcoming features for the new television series “Poker Night in America.”  The reality-themed weekly show about poker debuted in late June and can now be seen on CBS Sports Network.

The crew visited the Capitol Hill Club for lunch.  We met Congressman Pete Sessions, the third highest-ranking member of the House of Representatives. Later, we met and interviewed Rep. Joe Barton in his office.  He’s been a true champion for poker players’ rights.  That was just for starters.

We also filmed out in front of the White House (President Obama was too busy to see us).  We paid respects to Abraham Lincoln (well, his statue anyway).  Then, we did happy hour at “Bullfeathers,” where the real business of Washington gets done (it’s a bar).

Once there, we interviewed former Nevada congressman, the honorable Jon Porter.  We were also joined by longtime Capitol Hill correspondent and USA Today writer Vin Narayanan, who is known in poker for his great work at CasinoCityTimes.com.

Later that night, we all gathered for a private poker game which was just steps away from congressional offices.  One wonders what goes on inside some of the old Victorian-era townhouses around the Capitol.  Well, the answer to that is — poker games.  Two tables of congressmen and staffers gathered for their weekly game.  Poker pros Phil Hellmuth and Robert Williamson III even made appearances.

Here’s some impressions that I came away with by end of the day:

Immediately after a recent showing of the film documentary Fed Up concluded at a local cinema, I gazed around the movie theater and noticed something unusual.

The showing attracted about 25 to 30 moviegoers.  As the audience slowly shuffled towards the exit, not a single soda cup, candy wrapper, or popcorn bucket could be found anywhere.  Nothing was carried out.  No cups or wrappers remained behind clogging the cup holders.  No trash was left on the floor.  No one had been snacking or drinking anything during the show.