Categories Menu
Home » Blog » Should We Phase Out Tipping?

Should We Phase Out Tipping? 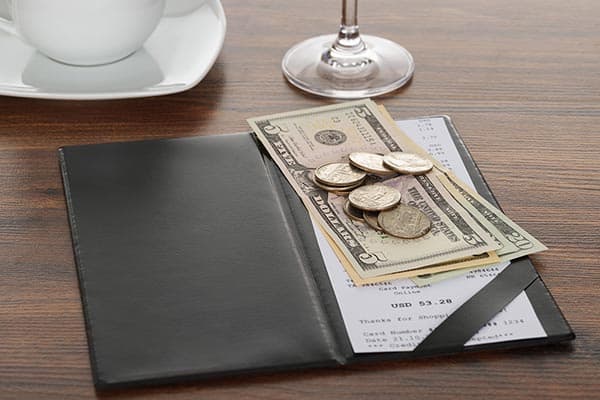 What would raising the federal minimum wage and possibly eliminating tipping mean to Las Vegas and other cities?

As the debate on (possibly) raising the national minimum wage across the United States ensues this week in Washington, lost in the current discussion is what (if anything) to do about positions that rely heavily on tipping.

Las Vegas and its tens of thousands of workers employed in casinos and tourism are heavily dependent on tipping, which has been widely accepted as the norm for decades. However, some of the proposals now being debated in Congress could change all that.

I’m in favor of raising wage minimums, aggressively so, but also on a graduated scale. I also see the other side of the coin.  This is a sticky issue for Las Vegas and many of its workers — including casino dealers, wait and bar staff, and other employees who rely on tips for most of their income.

I’ve yet to see much conversation about what happens in Las Vegas (and other casino markets) if the minimum wage is raised to $11 or perhaps $15, and what the fallout would be if “tipped” employees are included in new laws.

Accordingly, I welcome your input on this if you care to share it, especially if you work in a tipped job.

Naturally, much of this discussion is irrelevant until things return to “normal” after COVID subsides.

Finally, I urge readers to examine this article (op-ed) which includes lots of interesting facts on the history of tipping in America.

TAG:  The pros and cons of tipping.