Categories Menu
Home » Blog » Scattershooting while wondering whatever happened to….

Scattershooting while wondering whatever happened to….

Scattershooting, while wondering whatever happened to Danny Villanueva.

He was the placekicker for the Dallas Cowboys during the mid-1960s.  A lot is made of African-Americans and civil rights advances during that era.  But Villanueva broke down some serious racial barriers of his own.  He became the first notable Mexican-American professional football player, and was the game’s only Latino during that era, either in the NFL or AFL.  His final pro game was the famous “Ice Bowl,” when Green Bay defeated Dallas in the 1967 NFL Championship game, which was played in sub-zero temperatures.  The photo above shows Villanueva kicking a field goal in that game.

What makes Villanueva such a compelling story this week?

So, the big news out of Washington at this moment is Republicans taking over the Congress.  After reading some of the jaw-dropping bat-shit crazy legislation about to be proposed within the Republican agenda, I feel damn good right now that President Obama remains in office.  Sure, I’ve bashed the President before, and deservedly so, as both gutless and politically tone-deaf.  Hopefully, he’ll now stand up for most of us and become what we hope will be the working class’s “blocker in chief.”  As in — block everything the Republicans try to do.  May this President dish out the same level of uncompromising resistance he faced every step of the way during his first six years in office.  Virtually every Republican bill sent to his desk over the next two years should get similar treatment.  Payback is a bitch, isn’t it?  Trouble is, gridlock is exactly what many Republicans want.  Nonetheless, it’s time to fill up the little black ink well on the VETO stamp pad in the Oval Office.  And go ahead and some order re-fills.  Home Depot might even have a bulk package that’s on sale.  Buy it, Mr. President.  Then, use it.  Use it liberally.

Time to Get Rid of that Punk, Named Dirty Harry

Most Democrats aren’t just inept as national political operatives.  They’re now wounded, too.  Literally wounded.  The worst (now former) Senate Majority Leader in American history, Nevada’s own Harry Reid (here’s WHY he’s the worst) suffered a painful mishap last weekend.  He slipped and fell down in his Henderson home, reportedly while exercising.  Senator fall down and go boom.  I certainly wish Sen. Reid no personal harm — well not too much pain, anyway.  But let’s hope this latest physical tumble foretells of a bona fide political downfall and eventual total erasure from power in the next couple of years.  I’ll certainly be getting much more involved in the upcoming 2016 Senate race, when Sen. Reid is up for what should be a tough re-election.  I’m hoping Gov. Brian Sandoval runs as the opposition, because I think he’d win — and win big.  Gov. Sandoval, while a Republican, is very popular statewide, and also quite moderate.  He’s governed largely in a non-partisan manner.  He’s also friendly to many of us in the gambling business.  Remember that Gov. Sandoval was instrumental in efforts to start inter-state online gambling compacts.  This is a leader we should rally behind.  Meanwhile, Sen. Reid has done nothing but take political contributions from our side and fail to deliver.  He didn’t even make any attempt, and is now saying he’d be willing to support an online gambling ban.  Nevada voters desperately need to shovel Sen. Reid onto the ash heap of history.  Hobbled or not, he’s a disgrace to public service.

Several months ago, Sen. Reid did some shameful ass kissing, calling the despicable Sheldon Adelson “a good man.”  Um, no he’s not Senator.  Adelson is not a “good man.”  Do some homework.  Quit puckering up.  You look pathetic.  Now, reports are coming out that Adelson and/or his minions at the Las Vegas Sands Corporation might be even dirtier than we initially thought.  And that’s really saying something.  Sure, they’ll stop at nothing to lie and twist arguments in the current and ongoing online poker and gambling debate (legalization versus a federal ban).  But at the heart of their operations, let’s also remember that this company has a troubling history of ethics violations and dirty deeds.  Check out the latest reports about what really goes on behind the scenes over in Macau, shenanigans which have helped Adleson become one of the world’s wealthiest oligarchs.  Read more about this latest thorn in Adelson’s broad backside of a pin cushion, which he’s desperately trying to keep from being released publically:  Alleged dodgy dealings in Macau could hurt Adelson’s US anti-igaming efforts   Read more about this horrible man here:  Bribery, Money-Laundering, And Islamophobia: The Sheldon Adelson Story The Media Forgot   Is it perfectly clear yet that I despise Sheldon Adelson?

Uber is Now Over — At Least in Nevada

The taxicab companies in this town absolutely sicken me.  These cutthroats should be met with open hostility from everyone in Las Vegas, or whoever comes here to visit.  The owners want to keep it all.  They’ll stop at nothing to kill far better state-of-the-art mobility options for consumers.  First, these companies derailed the plan to try and make the monorail a viable regional transportation system.  Remember years ago, the taxicab companies successfully blocked planning and zoning efforts to have the monorail extend from The Strip out to the Las Vegas airport, where nearly 40 million visitors arrive each year and now have to stand in long lines to get shuttled through long-fare tunnels while getting slapped with $53 cab fares.  Now, these brassy ballbusters have successfully stopped the popular transportation company called Uber from operating within Nevada.  Imagine that.  The state which supposedly celebrates personal freedom and encourages new ideas and innovations legally blocks a viable transportation option which is embraced by just about everyone else in all other major cities.  I suspect that out there somewhere, there are some people getting paid off.  There’s no way rational people would align themselves with the dirty taxicab companies yet again, and again, screwing locals and tourists alike.  By the way, there’s no way Las Vegas merits inclusion as a urban pioneer and 21st Century visionary so long as we fail to continue without a viable mass transit system.

Only in Las Vegas.

So, whatever did happen to Danny Villanueva, who set team scoring records as the placekicker (and punter) for the Dallas Cowboys?

Moreover, why would Mr. Villanueva be the least bit interesting to us now, since most readers probably don’t recognize his name?

Well, Mr. Villanueva was certainly a maverick for his time.  He still is.  Mr. Villanueva graduated from New Mexico State University.  And even though he wasn’t drafted by the NFL, he still earned a spot as kicker for the Los Angeles Rams.  Mr. Villanueva would later kick for Dallas between the years 1964-1967.  His final game was playing in one of the most iconic contests in football history, the famous “frozen tundra” game in Green Bay.

What makes Mr. Villanueva so special and worth writing about?

Fact is, Mr. Villanueva ended up being far more successful in business than any other player who participated in the Ice Bowl game.  Incredibly, this weekend’s upcoming divisional playoff marks first time the Cowboys have played a postseason game in Green Bay since that memorable contest between so many great players back 48 years ago.  And so now it seems fitting to remember one special player who’s largely been forgotten.

After leaving pro football, Mr. Villanueva became a sportscaster in Los Angeles.  Seeing the tremendous potential and new opportunities in Spanish-language television, he bought what was then a fledging station which later turned into the Spanish International Network.  That broadcast company would blossom and open stations in virtually all major U.S. markets, eventually reaching 63 million Americal households.  He also was instrumental in a expanding a second Spanish-language television network, which became Telemundo.

Mr. Villanueva’s own company was eventually sold off.  He became very wealthy.  His former company was then rebranded and renamed Univision, which is now one of the largest television networks in the United States.  That’s a pretty impressive business resume for an ex-placekicker.

But Mr. Villanueva’s real dream wasn’t just to earn lots of money.  It was to make a difference.  He’s given vast amounts of money to his alma-mater and hopes to encourage more Latinos to attend college.  According to an ESPN report:

Villanueva has donated millions to New Mexico State, and set up a scholarship at his alma mater to help students “who have proven to be potential leaders and have financial need.”  Villanueva calls the Hispanic dropout rate “a train wreck coming at us.”

This weekend, when you huddle around the television, look for several flashbacks of that great Ice Bowl game.  Lombardi and Landry and Meredith — they’re gone now.  And while you’re watching, try to catch a glimpse of Mr. Villanueva — who wore number 11 for the Cowboys.  He may have played for the losing team on that frigid day.  But he sure ended up winning some much bigger victories.  Mr. Villanueva has since warmed many hearts and made many lives other than his own far more interesting and productive, long after walking off that frozen tundra between the goalposts, so very long ago. 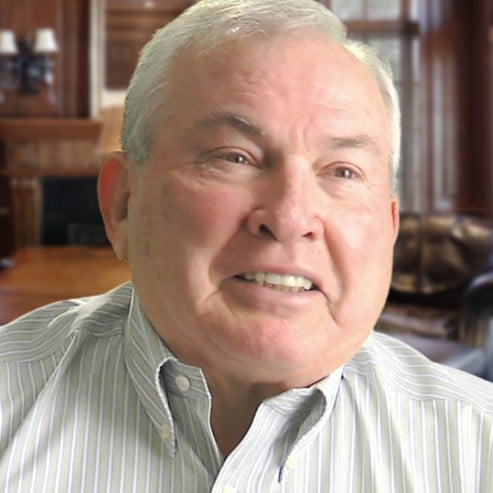