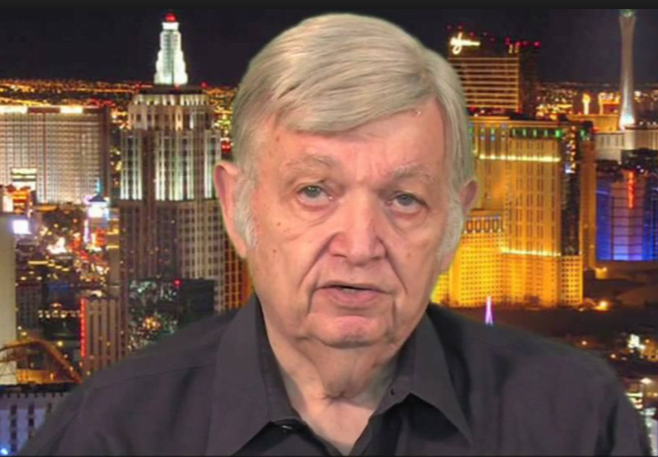 Now is a time to remember and reflect upon someone who left an indelible imprint upon the gaming industry and gambling culture.  His name was Stanley Sludikoff.

He was a pioneer, a visionary, an educator, and a giant.  He also had his detractors and could be difficult.  But his impact was definite.

Today, there are thousands of gambling-related websites in many different languages.  There are online casinos and sportsbooks operating in more than 100 countries.  There are countless books, guides, and other periodicals, including several hundred titles on poker alone.  There’s a treasure trove of gambling information out there, both narratives and on strategy.  It’s virtually impossible to remember an earlier era when none of this existed.

When I first got into gambling and poker and started to take both seriously during the early 1980s, there was only one regular publication in the world devoted to this sector and it was Gambling Times.  Published and distributed monthly out of Los Angeles, but with a ubiquitous Las Vegas presence, GT (for short) enjoyed a loyal readership and cult-like following.  Anyone and everyone who was connected to gambling in any way — executives, dealers, entertainers, sports bettors, poker players, casino gamblers — read the magazine cover to cover.  GT had a staggering amount of excellent content, including many enticements and giveaways.  Celebrities frequently graced the cover.

Begun in 1976, GT was the first widely-read magazine that was devoted exclusively to gambling culture.  And if gambling media had a George Washington figure, it would most certainly have been Stanley Sludikoff, the magazine’s longtime publisher and editor.  In his prolific career which spanned four decades, Sludikoff owned and operated not only GT, but later on Win Magazine, Poker Player, and the website pokerplayernewspaper.com.  Under his pen name, “Stanley Roberts” he also wrote several highly-regarded books, mostly on blackjack strategy.  He published dozens more, including many of the first books ever on various casino games.  He also had a particularly fond interest in promoting sports betting and poker, which weren’t sizable markets as they are today, but nonetheless became a significant focus of his editorial content and publishing empire.  When we saw “Gambling Times” attached to something new that showed up in the book store, we knew it had to be good.  That was Stanley’s personal stamp of approval.

Allow me to go into greater detail as to just how important GT was to those who read it, especially me.  Years ago, while living in Washington, D.C. and doing research on poker history and the high-stakes cash games that used to take place at the Dunes, Silverbird, and elsewhere in Las Vegas, I was surprised to realize how few historical accounts of those memorable times laden with so many legendary figures which have become part of our cultural folklore existed.  So, I visited the Library of Congress, the world’s single most comprehensive source of written information.  Incredibly, the Library of Congress has just about everything that’s ever been published inside the United States (I assume this is still true — my last visit there was 15 years ago).  I remembered from many years ago how GT was such a great resource, so I requested all the back issues of the magazine dating back to the inaugural publication some 25 years earlier.

Within a few hours, some 274 magazines were delivered to me, each in pristine condition, in what amounted to a Holy Grail of poker and gambling history.  Thumbing through the back issues, I was astounded by the variety of content and extraordinary detail in which articles recounted some of the most iconic poker sessions in history.  Color photographs of smokey backrooms showing all the big names whom we would expect in that day and age — Doyle Brunson, Bobby Baldwin, Puggy Pearson, Sarge Ferris, Kenny Smith, Stu Ungar and so many more — were portrayed as mythological figures.  Narratives were crafted.  Icons were born.  These stories remain as some of the very few written and photographic records of poker’s formative years.  Smitten by this newly-found treasure trove, I spent the next five days reading every magazine all the way through.  That historical record simply wouldn’t have existed had it not been for the vision and creative insight of Sludikoff and the amazing staff of writers, editors, and photographers he assembled as part of his team which brought events to life that none of us could have imagined were true.  We used to think things like that only happened in the movies.  Sludikoff became our eyes and ears, granting us our first exposure to something that had never been publicized before.

Sludikoff’s first love in gambling was blackjack.  He was among the first to recognize the rock-star charisma of the late Ken Uston, promoting not only his prowess as the world’s most famous “21” player but his extravagant jet-setting lifestyle flying to exotic locales all over the world, beating the casinos while having the time of his life.  While publishing GT, Sludikoff re-branded himself as writer and teacher, penning several popular books and guides on blackjack strategy.  By the late 1980s, Sludikoff sat atop an empire that amounted to a gambling encyclopedia, with contacts to every casino, cardroom, racetrack, and gambling authority in the world.  Everyone wanted to be featured in GT or mentioned in an article.  Every writer wanted to have his or her byline listed in the magazine.  A feature story could make someone famous out of someone anonymous.  It wasn’t just casino gambling either.  Recall in-depth stories on high-stakes snooker, gin, bridge, and so much more.  Turning the pages became an adventure, each ridge over the paper horizon a new discovery.

Many of the legendary stories we now remember and re-tell are known only because of the tenacity of GT and its staff.  Bob Stupak, the former casino owner, and high-stakes gambler once bet $1 million on a Super Bowl game.  That story first came out in GT.  Paul Magriel, known today mostly for his poker eccentricities, was once one of the world’s top backgammon players.  We met him for the first time wearing a tuxedo stoked with cash won in private games on the glossy pages of GT.  There were stories of an average day at the Santa Anita racetrack with actor Walter Matthau, and poker tournament results long since forgotten, including the Grand Prix of Poker, the Super Bowl of Poker, and Stairway to the Stars.  Every issue contained magic.

Times changed over the years, and Sludikoff for the most part managed to adjust along with them.  He foresaw a seismic shift in the publishing business.  That meant making the tough decisions to end GT, after a brief interlude when he put another monthly publication called Win Magazine.  As the Internet gradually came to dominate all facets of popular culture and just as the online poker boom was about to explode, Sludikoff launched something new, called Poker Player Newspaper, a weekly publication that was intended mostly for typical low-stakes players.  He gave opportunities to several first-time writers.  In his sometimes blistering editorials, he even took on the powers-that-be, challenging them to make changes that would grow poker and improve the game’s image.  He never forgot his audience.

During his final years, Sludikoff continued to think big and dream even bigger.  He tried to create a new player-friendly poker series in coordination with several Native-Indian tribal casinos.  He once told me that if he could pull it off, it would make the World Series of Poker seem like an Edsel, by comparison.  Though unsuccessful, the crazy idea very much illustrated Sludikoff within his element, constantly wheeling and dealing and trying to pull off serious projects which would take gambling and poker to new heights.  He worked until his final day.

I was sad to learn of Sludikoff’s passing.  I was told he died on Saturday night, after spending the previous two weeks in the hospital.  Few of us had the chance to say our goodbyes.  Let this be a final embrace.

Services are expected to be held this Wednesday at Mount Sinai in Los Angeles.  Stanley Sludikoff is survived by his wife Ann and many millions of gamblers — those who knew him and even those who didn’t — who owe a debt of gratitude to the publishing pioneer who gave us so much valuable information and entertainment for so many years.

Special thanks to Stuart Locascio at the Poker Academy for contacting me and suggesting this story.

It is with great sadness that we announce the passing of our founder and publisher Stanley R. Sludikoff.  For over 30 years, Stanley helmed Poker Player Newspaper, which was, at its heart, a family-run publication.  The bi-monthly print edition was a staple in poker card rooms across the country.  PPN was brought into the digital age with the launch of the online site and gave voice to many talented writers and poker players over the years.  Stanley celebrated his 80th birthday last year with his wife of 43 years Ann and their family.  Our thoughts and prayers are with all of them.  The funeral will be held this Wednesday, March 16, 2016, at 2:00 PM at Mount Sinai, Hollywood Hills, 5950 Forrest Lawn Dr.