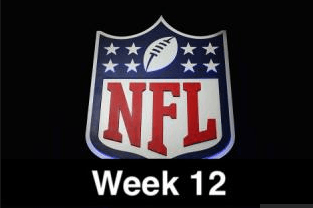 Exciting games might be fun to watch.  But they are terrible prospects for most serious sports bettors.

Last MNF’s 54-51 “thriller” between the Rams and Chiefs might have been exciting to watch for the casual fan.  But games stacked with offense and lots of scoring are much tougher to predict.  High scoring games also render pointspreads, key numbers, and teasers largely irrelevant.

In short, most successful sports bettors prefer a grind-it-out 20-17 outcome than some of the outlandish games we’re witnessing in the NFL between high-octane offenses.  As for college football — forget about it.  Some of these games are a joke.  Oklahoma vs. West Virginia and Michigan vs. Ohio State were an abomination — unless you happen to bet the OVERs.

Point is — when I bet a game, most of the time I want the most boring, low scoring game possible.  I have no interest in being entertained.  I think it’s more entertaining to count money rather than flop coins in the wind watching a ballgame with no defenses.

Accordingly, I recommend staying away from games (sides betting) expected to be high scoring.  They’re like wagering on where the ball will go inside a pinball machine.  Frankly, I think this scoring frenzy is what’s made betting on football very difficult nowadays.  Way too much offense, and league rules that penalize defenses also severely hurt football bettors.

That concludes my bitchfest for this week.

On to this week’s plays, which are listed below.

THIS WEEK’S PICKS:  (Note:  All lines are taken from Westgate Las Vegas as of Saturday afternoon):

I can’t imagine the mindset of Jacksonville entering this game, which blew a 16-0 lead and lost at home last week in what was a must-win to salvage the season.  While Jags’ defense remains one of the NFL’s best and probably will make things difficult for Buffalo, the inept offense voids any presumed advantages.  Let’s also credit the Bills defense for being pretty solid given the lack of support they’ve been given by the offense, this season.  QB Josh Allen should return this week.  Off the bye and a rare road win a few weeks ago, Buffalo may have more to play for.  I’ll take the home team, getting more than a FG versus a deflated opponent with lingering offensive problems.

Giants have very quietly won two straight and had no trouble scoring points.  Meanwhile, Philadelphia’s defensive backfield is on an emergency ward this week, with several key injuries.  Giants should be able to move the ball and score at will.  Eagles too, seem way overdue for a breakthrough game on offense after lots of inconsistency.  Previous game between these two produced 52 points, and Giants offense is probably better now, and Eagles defense is banged up.  Looking for a high scoring game in what should be perfect weather.

Panthers are a much better team at home and face a team in a coast-to-coast road situation laying a soft number.  Seems this line should be -5, even with some concerns QB Cam Newton is at 100 percent.  Credit Seattle for having a better season than I was expecting.  But I think they run into a wall here.  Carolina is 5-0 at home, and coming off of two straight road losses.  No way Panthers aren’t prepared here.  I’ll lay a low number with what a perceive to be the only legitimate playoff team of the two.

Here are two 5-5 teams, yet the Colts are laying -8.5 (line opened at -10).  I still think there’s value with dog.  Yes, Indy is hot now, and QB Andrew Luck is playing as well as anyone in the league at the moment.  However, Miami with underrated QB Tannehill is a much better team and should keep this within the margin.  Colts had an easy time with Tennessee last week, which I think might set up a bit of a flat spot here.  Dolphins with two weeks to prepare, and being a bit healthier will get my money getting the generous number of points this week.

Given the nature of today’s NFL, anytime we get a somewhat lower than expected total in a game with two experienced QBs playing inside a dome, I’m prepared to blindly bet the OVER.  Packers should easily get into the 20s scoring-wise, since they’ve done so in 8/10 games.  Meanwhile, Packers defense can certainly be exploited.  Vikings should put up some numbers here as well at home.  Packers have played one of the softest schedules in the NFL.  They’ve lost their last four games versus teams with winning records.  First game between these two ended up in a 29-29 tie, which bids well for another highe-scoring game than is predicted.

We don’t know if QB Marcus Mariota will start for reeling Titans, but let’s hope he does.  Mariota is absolute garbage on the road and I’m glad to fade him anytime he’s staying in a hotel somewhere.  Meanwhile, Houston sure as well isn’t getting much respect for a first-place team that’s won 7 straight games.  They failed to cover at Washington last week, but then they also turned the ball over three times deep in opponents’ territory.  Texans do boast one of the game’s best playmakers at WR and so long as they play relatively mistake-free football, they should roll in this advantage spot.  Houston is also getting a rare MNF appearance against a mediocre team that’s really suspect on offense, especially coming off a bloody ass-kicking on the road at Indy last week.  Hence, the Texans look to be a solid play.  While I’m not enthusiastic about laying many points with Houston which does win ugly sometimes, I do see this as a spot for the home favorite to make a statement and all but sew up the AFC  South division title with a win.

These are two “bet against” situations on the teaser.  Jets and Raiders look to be solid fades this week.  NWE comes off a bye and is healthy now, after getting throttled in its last road game.  While NWE-NYJ games often go down to the wire in recent years, this one shouldn’t be as close.  Jets look like they’ve given up on the season (will coach be fired?), especially in the wake of the home humiliation to miserable Buffalo a few weeks ago.  The Oakland win last week was unexpected given how weak the offense is, and shows more the ineptness of the losing team.  Yes, credit Oakland for not turning the ball over or committing penalties.  I don’t think they can put two games like that together.  This week is much different, another road game in a much tougher place, versus a team that needs the win badly.  Even though Ravens’ QB Lamar Jackson gets the nod over Flacco, I’m not sure that’s much of a drop-off.  Jackson is much more of the duel and triple threat than the dunk passer Flacco.  I’ll take the far-superior (esp. on defense) Ravens here at home versus a team that might be just a bit hungover from last week’s thriller victory at Arizona.  Glad to tease these two better teams down under a touchdown and lay the -120 vig.