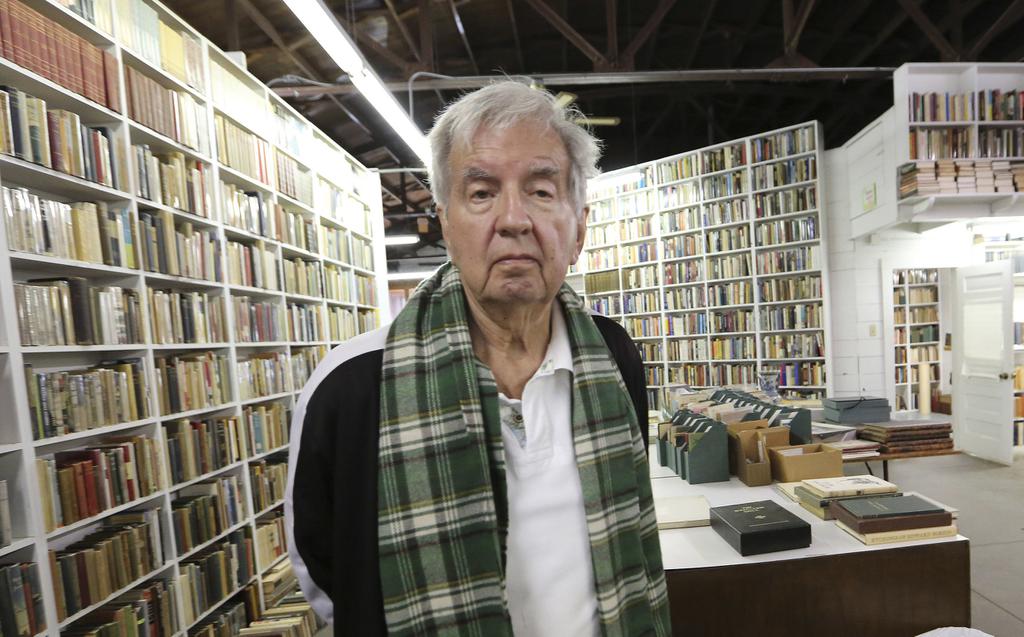 For writers, for the west, and for those who through his writings better understand that human wants and needs are universal, Larry McMurtry was our lonesome dove.

No modern author conveyed the clash between myth and reality more starkly than McMurtry, whose long career was shaped and his legacy ultimately defined by deeply moving stories he told about people of the west, and particularly Texas, his birthplace.

McMurtry knew the places he wrote about well, growing up in Archer City, back then, a desolate dustbin of a Texas town memorable for no other reason than a few gas stations and the oasis of its Dairy Queen on the sun-bleached highway in between Dallas and Denver.

Before he wrote about human desperation, despair, and dying dreams in small towns like Archer City in The Last Picture Show (made into the 1971 move masterpiece by Peter Bogdanovich, starring Timothy Bottoms, Jeff Bridges, Ellen Burstyn, Ben Johnson, Cloris Leachman, and Cybill Shepherd), McMurtry penned Horseman Pass By, the dark novel that would become Hud, with Paul Newman and Patricia Neal. The link between these two books (and later movies) was unmistakable. Whatever illusions readers and audiences had about western towns and prairie existence were buried in the grim realities of monotony weathered by people broken down by constant struggle.

McMurtry’s books would be made into movies that would earn 34 Oscar nominations and 13 wins — including 1984’s Best Picture for Terms of Endearment.  Set in Houston, McMurtry once again demystified Texas and Texans, revealing to the world that the problems of most families are eerily similar, even with an ex-astronaut living next door.

In 1985, McMurtry won the Pulitzer Prize for Lonesome Dove, which was adapted into an epic television series that still gets rave reviews as one of the best adaptations of the western genre.

Yet, with all the crowd-pleasers created and crafted by McMurtry, he frequently veered into controversial territory.  In 2005, he co-wrote the screenplay for Brokeback Mountain, a same-sex love story.  He was also the film’s executive producer.  If anything about the old west was left to unmask and illusions hadn’t yet been shattered, it was two rugged cowboys engaging in a steamy romance.  John Wayne’s grave must have spun like Spindletop.

McMurtry wasn’t just a lover of writing, he was a lover of books.  In 1970, with investors, he opened a used bookstore in the stately Georgetown section of Washington, D.C.  It was called Booked Up.  In 1988, he opened another Booked Up in his hometown of Archer City.

It became one of the largest used bookstores in the United States, carrying between 400,000 and 450,000 titles.  Citing economic pressures from internet bookselling, McMurtry came close to shutting down the Archer City store in 2005 but chose to keep it open after great public support.

In 2012, the Internet finally won the sales war, and the Booked Up bookshop in Archer City closed down.  It was a national news story.

An auction was conducted selling books by the shelf and was billed as “The Last Booksale,” in keeping with the title of McMurtry’s The Last Picture Show. Dealers, collectors, and gawkers came out from all over the country to witness this historic auction. As stated by McMurtry on the weekend of the sale, ‘I’ve never seen that many people lined up in Archer City, and I’m sure I never will again.’

In one of McMurtry’s final television appearances, true to his character and the essence of what had been his existence, while receiving an award in his speech, he promoted books.  He reminded the audience that movies are developed from stories.  He also paid tribute to his trusty Swiss-made Hermes 3000 typewriter, which crafted so many masterful works for a bountiful career that lasted 60 years.

McMurtry leaves us with 56 books, both fiction and non-fiction, including various collections of anthologies and essays.  He penned numerous book reviews and taught college classes at various stages during his prolific career.  McMurtry often appeared at book festivals and writers forums, always encouraging younger writers to work on their “voice” and express their talents.  He reportedly wrote every single day of his adult life, including weekends and holidays, revealing in one interview that ten pages were his daily goal — a stunning level of output.  No doubt, he left us all wiser and richer.

For writers, for the west, and for the lover of a fading genre, Larry McMurtry was our lonesome dove.

READ AND WATCH MY VIDEO ON BEST WESTERNS OF ALL TIME WITH DOYLE BRUNSON (Note: Brunson ranks Lonesome Dove as his favorite).