Emotional Rescue #4: What Was Your First Paid Job? 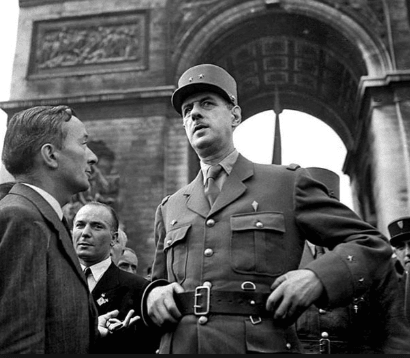 Preface:  Today’s column wasn’t planned.  It just happened.  The idea came to me last night, during a spark of inspiration at a wine dinner, and the rest wrote itself.

We were seated at a large communal table with strangers.  Usually, I hate that.  I don’t like talking to strangers.  Especially, during wine drinking.  What an annoyance.  But this mixer turned out to be quite a blessing.

At one point, our table conversation turned to jobs.  Those of you who attend social engagements will note that career talk is a common means of introduction when strangers first meet.  “What do you do for a living?” is the typical conversational icebreaker, especially among men in social gatherings.  Why this remains such a tried and true ritual is a mystery, but every male will likely testify to its accuracy.  I think many women open up a conversation with comments about clothes and fashion, as in “I love what you’re wearing.”  Yeah, that’s a sexist remark.  But I’m sticking by it since no one has ever started off a conversation with me by saying, “I love what you’re wearing.”

As we got better acquainted, someone in our group asked, “What was your first paid job?”  I can’t remember exactly what prompted the question.  Perhaps it was the wine.  The question triggered some very funny responses from most guests.  Come to find out, just about everybody worked a shitty job when we were young.  Hearing strangers talk about events that happened in their lives decades earlier was pretty interesting.  Maybe this communal table seating idea isn’t such a bad thing, after all.

One of our wine dinner guests was an elderly man at the end of the table.  Someone said he was 81.  He didn’t say very much while the rest of us talked and laughed.  The man was alone and seemed content with enjoying his wine while remaining quiet.  However, someone at our table was persistent and wanted to know, what was his first paid job?

The elderly man floored everyone with his response.  He replied that his very first job was serving in the armed forces during the late 1950’s.  Fresh out of college and newly commissioned as a military officer, he was assigned to the NATO office in Paris, where he served as a deputy adjunct to the French government.

“My first job was working with Charles de Gaulle,” the man said.

Huh?  What did the old man say?  Everyone at our table pretty much stopped drinking wine at that point.  Either this is about to be a really amazing conversation, or that’s some kick-ass wine taking full effect.  What did he say about Charles de Gaulle?  This was a time to listen.

The man didn’t elaborate as much as we hoped, but he conveyed that during de Gaulle’s Fifth Republic, he worked in Paris for two years.  It was — his first paid job.  He regularly attended meetings with the French President in the room, along with members of his cabinet.  The man stated he was one of those young and nameless uniformed officers you often see in the background of old war photographs.  He also mentioned that he made $3,800 a year.  That’s right — a year.  And living in Paris.

Many months earlier, I’d met a Vietnam veteran at a similar wine dinner.  He was there early in 1968 during the Tet Offensive.  I recognized this rare occasion as an opportunity to gain a first-hand perspective of one of the most critical events in modern American history, and I took full advantage of my good fortune to be sitting next to someone with so much to share.  We talked for more than an hour.  Actually, he did most of the talking and I did most of the listening.  What a blessing that moment turned out to be.  The conversation was far more satisfying than any great meal or fine wine.

Last night, I revisited those same feelings upon hearing the remarkable story of the man who once served with one of the most iconic leaders of the 20th Century.  Nothing else seemed nearly as interesting at that point.  After he shared a few more tidbits about his prior military service, he pretty much went back to drinking his wine and didn’t say much the rest of the evening.

Well, after the man announced his first job was working with de Gaulle, no one wanted to field the conversational scraps and continue on.  He pretty much stole the moment and was an impossible act to follow.  Somehow, flipping burgers as a breakout job doesn’t compare with being stationed at Palace Elysee in 1959.

It’s unlikely we’ll ever see the man again.  One can presume he’s never written any books nor recorded his life experiences.  All that remains of a once vivid memory are a few curious second-hand reflections like this one, receptive to the finer details of a life fully lived.

Most of us started out at the bottom.

Yet, looking back now, many years later, most of us can remember the oddest details about what we did when we were younger.  I can remember things that happened nearly four decades ago with great clarity.  However, I often forget which is trash pick-up day.  Is it Tuesday, or is it Wednesday?

But my first job was — a fry cook.

Summer of 1978 (age 16) I worked a summer job at the Braniff Airlines terminal at Dallas-Ft. Worth International Airport.  I worked on the graveyard shift — from 11 pm to 7 am.  This was long before airports started putting in decent restaurants with lots of food choices, like you see now.  Back then, all the big airports were serviced by a corporation known as Dobbs House.  And the food was terrible.  And it wasn’t just terrible because I was the cook.

Dobbs House made all the airline food.  They pre-made all the meals served on those plastic dinner trays during flights.  Dobbs House also had a lock on the ground service, serving all the food inside the terminals.  The food was always bland and tasteless.  Sort of like cafeteria food.

Anyway, my first job was standing behind a line and flipping eggs and bacon and sausage for much of my shift.  I mopped the floors and re-stocked the first four hours.  The next four hours consisted of cooking breakfasts for people flying non-stop to Hawaii on the 6 am.  I remember we served powdered eggs.  Yuck.  To this day, I can’t eat anything other than a real egg.  I also rarely eat bacon or any pork items.  I think it was partially because of those nights slaving over a greasy grille and fryer.

Not exactly a Charles de Gaulle memory, to be sure, although it might be fitting that many people today know the name de Gaulle less as a historical figure, and instead as — an airport.

See how I brought the story full circle?

Which now brings me to the following question:  What was your first paying job?

Please leave a comment below, or go to MY FACEBOOK PAGE to share your experiences and read the what I expect will be some interesting and funny stuff.